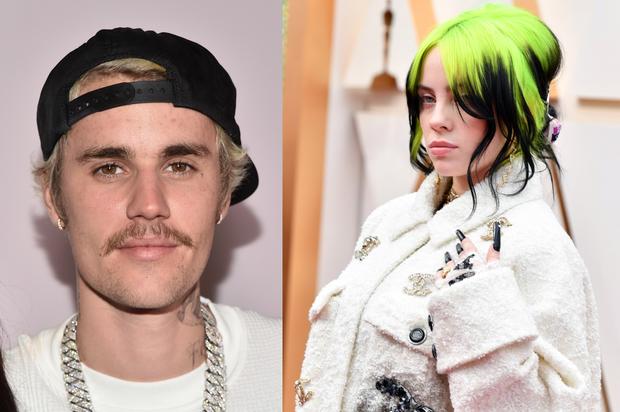 Justin Bieber shed tears as he explained his protective feelings for fellow pop star Billie Eilish while speaking with Zane Lowe for Beats 1.

This week will definitely belong to Justin Bieberfollowing the release of his brand new album Changes today. Of course, as all pop artists who drop big projects do, Biebz stopped by to see Zane Lowe of Beats 1 for a recent sit-down conversation to discuss his latest LP. Somewhere in their chat though, the mood got a little emotional when the subject of pop music’s current teen queen Billie Eilish came up.

Billie, a well-documented “Beliber” herself (seen above), is one of the most adored pop icons in today’s music industry. Unfortunately, along with the love and fan adoration comes all sorts of undeserved hate, high expectations, constant criticisms from the general public and a pressure to be perfect that can, quite simply, drive someone mad. It’s for all these reasons that Justin got tearful when explaining to Zane his protective feelings for Eilish as she goes through what he himself had to endure when he first debuted 10 years ago with My World 2.0 at the age of 16. Now that he’s gearing up to turn 26 in a few weeks, Justin is probably one of the few people that can shed light on what 18-year-old Billie may have to go through over the next decade of her career.

Take a look at Justin Bieber’s full quote from his interview with Zane Lowe below:

“I wanted to protect the moment, we never know how many opportunities we’re gonna get with anybody. I’m tearing up thinking about it just with the Kobe situation — you just never know. I just wanted to be a good example…I definitely feel protective of her. It was hard for me, being that young and being in the industry and not knowing where to turn. And everyone, you know, telling me they loved me and, you know, just turning their back on you in a second. So yeah, it’s hard because I want her to know that she can count on me.”

He further explained that while she always has him on her side, the relationship can’t be forced and has to be natural. Given all that he recently revealed to be going through over the past couple of years, which he also states he never wants Billie Eilish or anyone in general to go through, we can see where the emotions are coming from. Bless up, Bieber!

Watch the clip below, and check for Justin Bieber’s full interview on Beats 1 with Zane Lowe to drop this Saturday (February 15) at 1 PM ET via Apple Music: