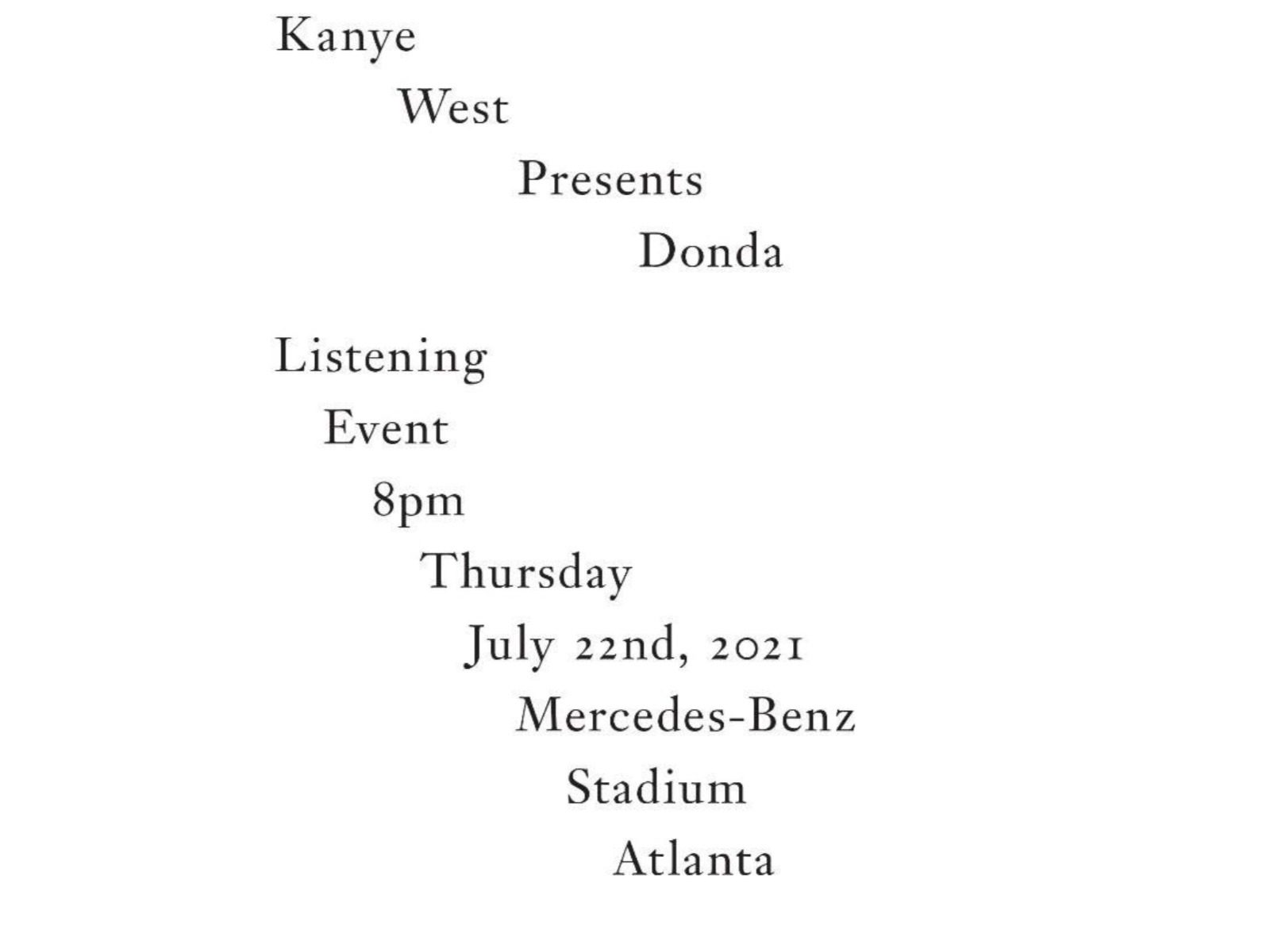 
Grammy-winning rapper Kanye West is really dropping a much-needed new Donda album to the masses. In celebration of the major rollout, the project’s listening party is going down this week in Atlanta and tickets are dropping in the coming minutes. 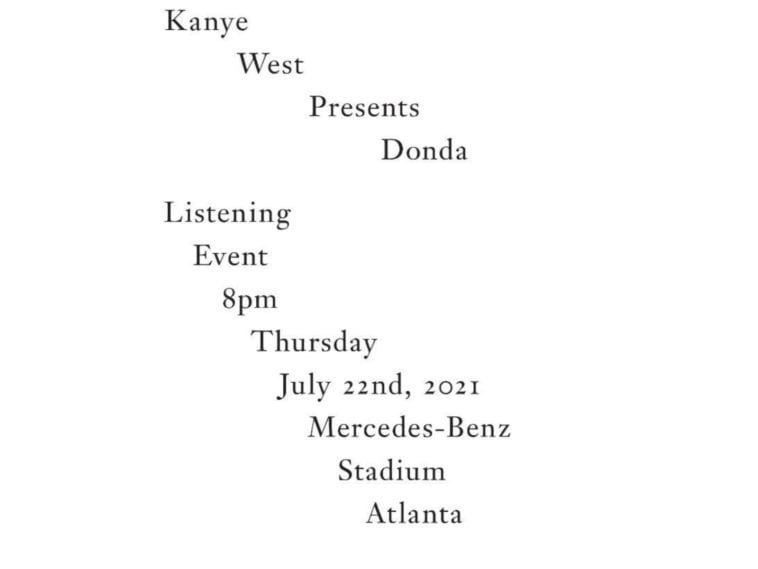 The tickets officially-officially go on sale this evening with the event set to take place in 72 hours in Atlanta. While it’s not certain who all will be in attendance, fans can attempt to secure their access for a reasonable under $100 price.

Leading up to this announcement, major details had started to emerge. Kanye held a listening party last night in Las Vegas, and many other details have emerged. Although nobody was allowed to bring a phone into the event, social media has lit up with little tidbits of information regarding his next album, which will in fact be titled Donda after a lot of back-and-forth regarding the project’s name. He’ll be hosting another event his week as well.

Some snippets have even come out as well. He has a song with Pusha T, a frequent collaborator, as well as rap crooner Lil Nas X. Tyler, the Creator even has production credits on the album.

The Grammy-winning rapper can’t help but get the Internet buzzing without saying a single thing. Fresh from hitting the recording studio with Odd Future’s Tyler, the Creator and appearing at a Big 3 basketball game alongside Ice Cube, new buzz has generated over the album listening party.

According to some online chatter, there was a very huge rumor involving Kanye and a private invitation-only event happening. Speculation suggested it’s most likely to preview a new studio album – speculation was correct.

A few days ago, pics emerged of Kanye chilling alongside Ice Cube at a BIG 3 game. Even crazier, Ye also popped up in a recording studio with none other than Grammy-winning rap star Tyler, the Creator.

Ye’s life is way bigger than just the music. Heading into Sunday, Kanye’s Instagram page was not only active but showed he’s following only one person. Speculation might leave most people to believe it’s his rumored current girlfriend Irina Shayk, however, it remains his former soulmate Kim Kardashian.

Last week, a new source reported all the breakup and drama hype between Irina and Kanye was bogus. In fact, the plug said Irina was actually hurt by these rumors and the two are “very much still dating.

“‘Irina is so upset at the lies about her and Kanye,’ the source tells PEOPLE, adding that the model was moved to take legal action to set the record straight. Of the rumors that ‘they’re cooling off and she turned down his invitation to Paris,’ the source explains: ‘That’s just not true…They are very much still dating,’ the insider adds.” (PEOPLE) 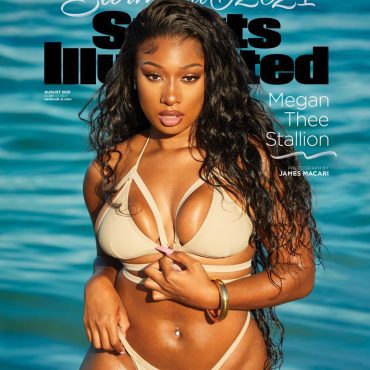