Kawhi Leonard Has An Opportunity To Become One Of The Greats 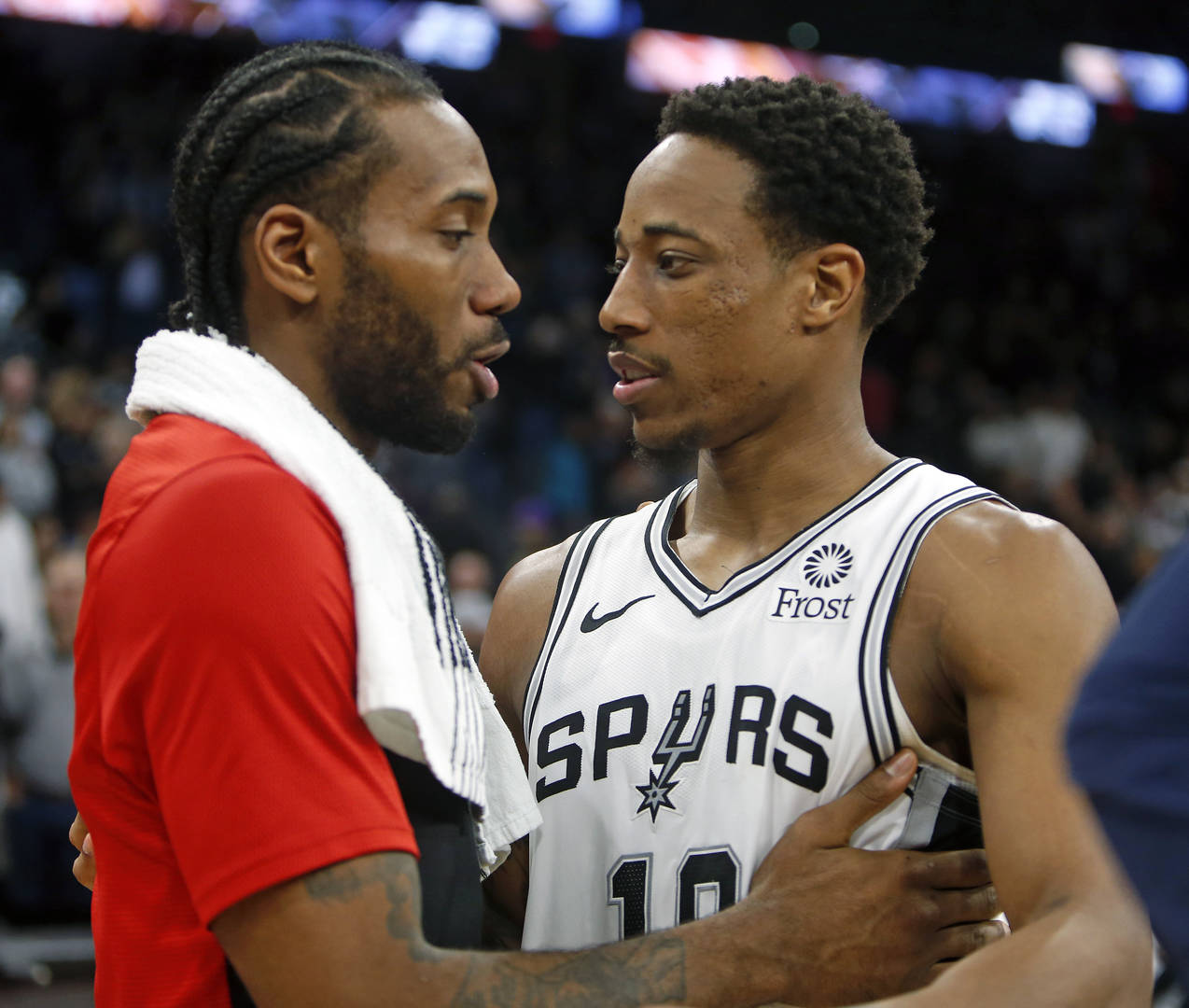 Kawhi Leonard and the Los Angeles Clippers are currently in the midst of a playoff run deep inside the NBA Orlando bubble. Heading into this season, the Clippers were favorites to win it all and as it stands, this prediction still holds true. After knocking off the Dallas Mavericks, the Clippers are now facing the Denver Nuggets and in Game 1, they won big with Leonard scoring 29 points. After a few shaky weeks, the team is finally hitting their stride and they look poised to make a run at the title. For the Clippers, this is an opportunity to go further in the playoffs than they ever have before. Meanwhile, for Leonard, this is a golden opportunity for him to etch his name into the GOAT conversation.

Coming out of college, everyone knew Leonard was going to be a special player on the defensive side of the ball. He was known for being able to grab rebounds at will while clamping down on the opposing teams’ best offensive player. With San Diego State, he also managed to show some promise on the offensive side of things thanks to his mid-range game. All of these attributes helped him become the 15th overall pick in 2011, where he was taken by the Indiana Pacers before immediately being traded to the San Antonio Spurs.

While under the wing of legends like Tony Parker, Tim Duncan, and Manu Ginobli, Leonard was able to quickly find his footing and became an immediate star in San Antonio. Fans could tell he was going to be something special and during the 2014 playoffs, he proved everyone right — in the Finals especially. LeBron James and the Miami Heat were nearing the end of their four-year run and were hoping to three-peat. Meanwhile, last season’s Finals loss to the Heat was still fresh in the minds of the Spurs players, particularly Leonard who was defending Ray Allen on that epic Game 6 three-pointer. In the end, Leonard and the Spurs came out victorious, and Kawhi came away with the Finals MVP after averaging just over 17 points per game, as well as 1.6 steals and 1.2 blocks. Leonard’s defense on LeBron James proved to be the difference in that series and he was dubbed the “LeBron Stopper.”

Following his first NBA Finals triumph, Leonard was able to steadily improve his offensive abilities. During the 2016-17 season, Leonard averaged 25.5 points per game, signaling that he could take over the team once all of the franchise’s big stars retired. As we all know, an internal feud with the Spurs led to a falling out and a short stint in Toronto where the narrative surrounding Leonard completely flipped. While playing for the Raptors, it finally became clear to everyone that Kawhi is a superstar type player who could very well be the best in the league. In one season with the Raptors, Leonard was able to lead the team to its first-ever championship. It was a triumph that brought joy to an entire country and cemented Kawhi as a top 3 player in the NBA. During the 2019 playoffs, Kawhi averaged 30.5 points per game and was dominant on both sides of the ball. Teams didn’t know how to handle him and it was a pleasure to watch. Of course, these efforts brought him his second NBA Finals MVP, making him one of three players to ever win the award with two different franchises. The others are Kareem Abdul-Jabbar and LeBron James, which is pretty legendary company.

This brings us back to his time with the Clippers and what he can accomplish with a championship this season. Throughout the regular season, Leonard boasted his best offensive numbers to date as he averaged over 27 points per game. He continued to showcase his defensive abilities as he averaged 1.8 steals and looks to be a lock for the NBA First All-Defensive Team. So far, in these playoffs, Leonard has averaged 32.3 points per game and has managed an extra 9 rebounds and 5 assists. These are incredible numbers that if sustained, would surely help him win Finals MVP, should the Clippers win it all. 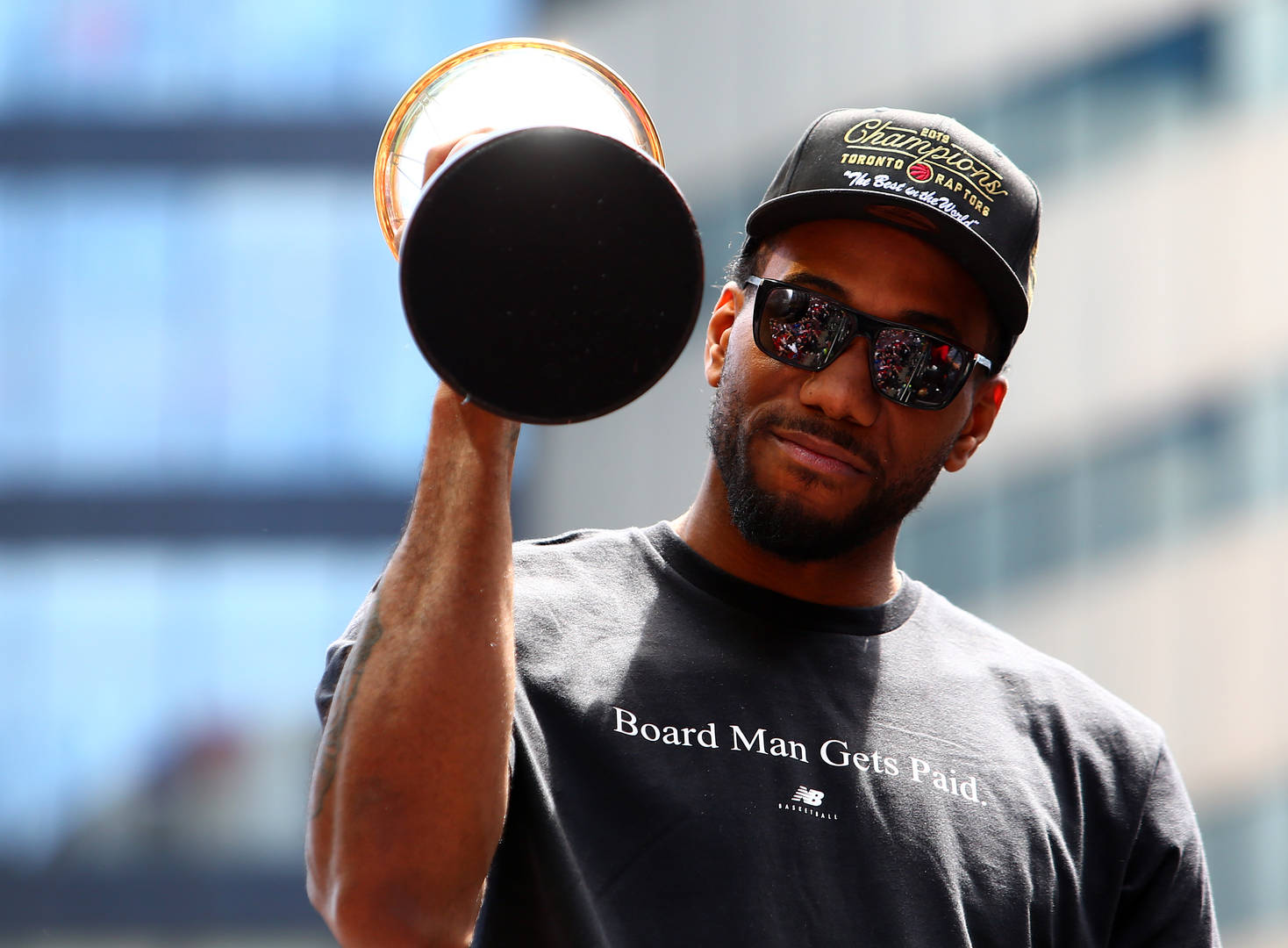 A ring with the Clippers would make him the third player in NBA history to win a title with three different teams. Of course, the other two were Robert Horry and John Salley. However, Leonard would be setting himself apart from these two as he would be the first superstar caliber player to achieve the aforementioned accomplishment. In addition, should Leonard get Finals MVP, he would become the first player to earn the award with three different franchises. Sure, you can make an argument about loyalty to one club, but there is no denying how impressive it is to win in every single location you’ve gone. Leonard would be reaching unprecedented territory, which is certainly grounds for being considered one of the best to ever do it. Not to mention, he helped put an end to both the Heat and Warriors’ dynasties which were wreaking havoc on the league’s ability to maintain parity. Simply put, Leonard has helped keep the league interesting, which should count for something.

Whether or not Leonard would be the greatest of all-time is a different discussion entirely. Of course, Michael Jordan‘s 6 rings, Kareem Abdul-Jabbar’s longevity, and LeBron James’ heroics will always stand the test of time. Their achievements are hard to beat and Leonard would only be able to surpass them if he won himself four or more rings. Regardless, a ring this season would cement Leonard as a legendary player in his own right, who deserves to be mentioned alongside some of the best to ever do it.

Even if he doesn’t win the title this year, Leonard will have plenty more opportunities to force his name into the conversation. Over the next few years, he will easily be one of the most fun players to watch and we’re lucky to be witnessing his peak.

Chloe x Halle Tap In With Doja Cat, City Girls & Mulatto For 'Do It (Remix)'

Chloe x Halle Tap In With Doja Cat, City Girls & Mulatto For 'Do It (Remix)' | HipHopDX Subscribe Subscribe To DX Newsletter Get the most important stories in Hip Hopstraight to your inbox Thank You! Thank You! Thank You!You’re Far Too Kind To complete the subscription process, pleaseclick the link in the email we just sent you. Joining Newsletter Source link