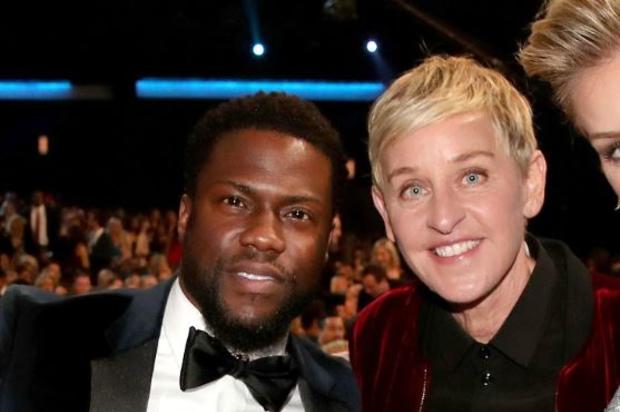 Kevin Hart recently publicly supported Ellen DeGeneres in the wake of her controversy and also stated that Nick Cannon was at his home every day during his recent controversy.

After penning a lengthy message in support of his friend Ellen DeGeneres, Kevin Hart received backlash. Ellen and her talk show are being investigated by WarnerMedia following accusations that it’s a toxic work environment filled with discrimination, racism, and intimidation. There have been rumors that Ellen is looking to back away from the show and throw in the towel, and recently, she reportedly sent out a letter to her staff apologizing for not being more aware of what was going on behind-the-scenes.

Kevin posted a photo to his Instagram page of himself and Ellen together when he was a guest on her show. He gave a few encouraging words to his friend, but the public swiftly condemned Hart for his actions. He returned with a video to say that he couldn’t believe that people were so up in arms because he just wanted to support someone he cared for.

He also added that he saw the mentions from some critics who asked him why he was being publicly vocal about Ellen DeGeneres but didn’t say anything when Nick Cannon was recently in the bowels of controversy. Kevin Hart claims Nick was at his house every day as they attempted to coordinate the Wild ‘n Out mogul’s next steps.

Hip Hop Icons LL Cool J, Run-DMC, Salt-N-Pepa & Set To Rock Twitch Event | HipHopDX Subscribe Subscribe To DX Newsletter Get the most important stories in Hip Hopstraight to your inbox Thank You! Thank You! Thank You!You’re Far Too Kind To complete the subscription process, pleaseclick the link in the email we just sent you. Joining Newsletter Source link