Kevin Hart Says Black Rioters Would Have Been Shot At U.S. Capitol 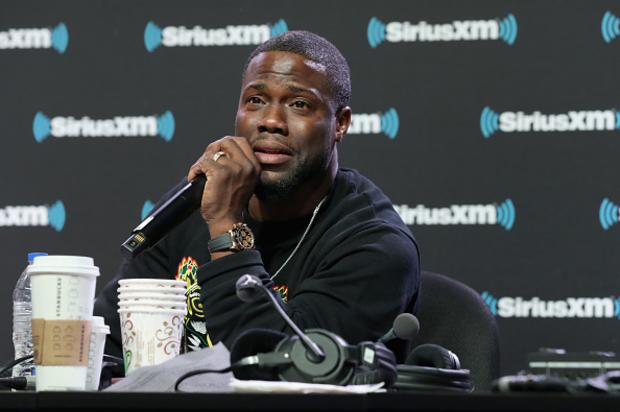 The comedian is speaking out on yesterday’s violent protestors, positing that racism is the reason the protestors did not receive harsher treatment.

Celebrities, politicians, and the international community alike have all come out to speak on the violence that took place at Capitol Hill yesterday. A pro-Trump riot dedicated to keeping the President in office sent waves of shock through the world after they scaled the walls of the U.S. Capitol and breached security, doing all sorts of looting and destruction inside the building while House members quickly rushed to safety. Known for his jokes, Kevin Hart was nothing but serious when he expressed his thoughts about the riot.

Hart shared a visual of a man sitting very comfortably in Nancy Pelosi’s office in the Capitol building, flashing and pointing at what appears to be a weapon while posing for a picture. He also shared a picture of protestors as they breached the building, scaling up the protective walls around its exterior and gaining access inside. He penned in his caption for the post, “2 completely different America’s that we are living in.”

Continuing, he wrote, “If these people were black they would have all been shot dead. This shit is past the word sad….at this point it’s pure disrespect to all people of color. Why can’t we see this situation handled the same way that we have seen our people handled repeatedly….when the armed officers are supposed to use force they don’t….Sh*t is f*cking SAD!!!!!

Fierce debates took place in the comments, with one follower commenting, “You do realize a white woman was shot dead in the Capitol today, right?” Another follower who largely agreed with Kevin wrote, “Nah Kev this is the exact same America we live in. One with two sets of laws depending on your skin color.”

Doja Cat Hints At Megan Thee Stallion, French Montana, Young Thug & More Features On 'Planet Her' Album | HipHopDX Subscribe Subscribe To DX Newsletter Get the most important stories in Hip Hopstraight to your inbox Thank You! Thank You! Thank You!You’re Far Too Kind To complete the subscription process, pleaseclick the link in the email we just sent you. Joining Newsletter Source link