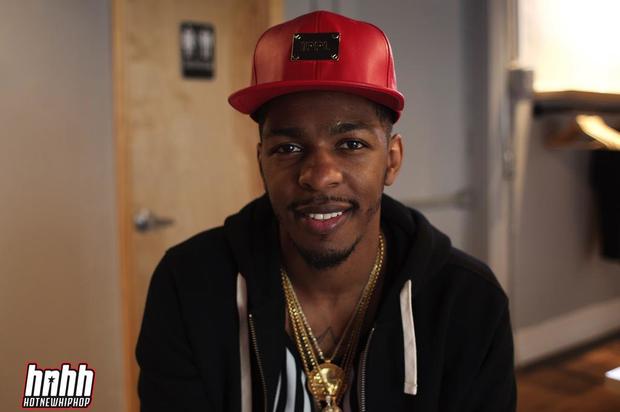 King Los and Tony Hinchcliffe have a debate on the horizon.

The art of Comedy, especially in today’s culture, has often led to many heated debates about sensitivity. Some comedians have no qualms with abandoning morality in favor of landing that edgy punchline, Tony Hinchcliffe among them. Following the tragic news of Kobe Bryant’s passing in a helicopter crash, Hinchcliffe took to Twitter to fire one off at his expense. “Kobe passing?” he writes. “That can’t be true.” As of now, the tweet remains up, a testament to his unwavering stance on the matter. Naturally, many heartbroken fans were quick to call him out, with elite lyricist King Los taking the process a step further.

Taking to Instagram, Los voiced his displeasure with the joke, explaining his position on why belittling Kobe’s death was a slight against the black community. Given that the majority of the exchange has been deleted, it’s difficult to cite his words verbatim. As of now, remnants can be seen on his Twitter, with the beginning reading as follows. “I respect freedom of speech but I also understand that the value of the black family will never fully resonate with oppressors children nor is it their responsibility to give a fuck. I’m a big comedy fan but this…”

He later doubled down on his position, and while the full message has since been deleted, a captured screenshot highlights part of it:

“There’s absolutely no reason for you to even care how deeply hurtful this joke is to black culture, I understand. I’m not one of those peoeple who belives that anybody outside of the African diaspora can ever truly relate to the traumatic psychological affects these things have on us considering the past 400 yrs. However we all understand that you used a tragic moment where a man died with his 13 yr old daughter to capitalize for your comedic platform. You did what you felt you had to do and violated us willingly so keep that same energy when the favor is returned. I hope we can all still laugh. #GreenLight”

Also on Twitter, Los implies that his words led Hinchcliffe to feel particularly threatened. “Tony Hinchcliffe gathered that somehow I would be responsible for the retaliation of his inconsiderate behavior. No sir you “make fun of people for a living.” The message remains unfinished, and the matter appears to have been addressed behind the scenes.

Following a since-deleted back and forth, Los confirmed that he and Hinchcliffe had settled their differences in the DMs, and would be using the opportunity to stage a discussion on an upcoming podcast. “We decided to bring awareness to the issue by doing a podcast,” reveals Los, on Twitter. “I’m going to teach !!!!! I deleted my post and I hope he finds it in his heart to erase his post on Kobe. I can’t change his heart but I can change how we are seen as I represent class and scholarship. I’m coming Tony !!!!”

At the very least, both men were able to find common ground and agree to settle the matter via a (hopefully) healthy discourse. Rest in peace, Kobe.

Fabolous Reveals Why He Lost Role In 'The Sopranos'