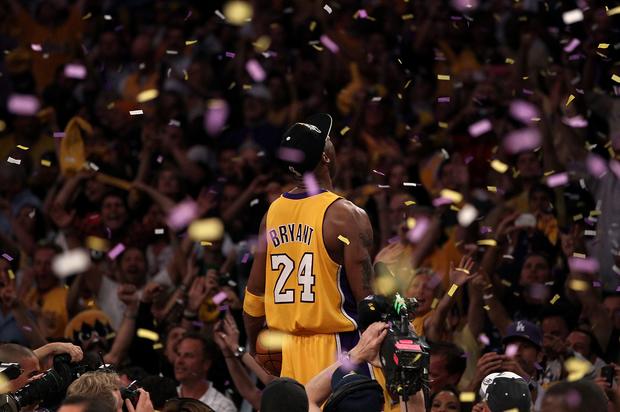 The NBA pays tribute to Kobe.

Sunday night as the 69th annual NBA All-Star game got underway, a tribute to the late Kobe Bryant was naturally on the agenda as Chicago natives such as Jennifer Hudson and Common led a game-opener that would keep Bryant in mind.

In addition, Magic Johnson also made an appearance to speak about his friend.

“We’ll never see another basketball player quite like Kobe,” said Johnson, who also paid his respect to the late NBA Commissioner David Stern. “Scoring 81 points in one game. Scoring 60 points in his last game. And then winning five NBA championships […] But what I’m really proud about when we think about Kobe Bryant, there’s millions of people in Los Angeles that don’t have a home. Kobe was fighting to get them homes and shelter every single day. He was passionate about that. He was also passionate about being a great father, husband, filmmaker. Young man won an Oscar. So we all are hurting. This is a tough time for the whole NBA family.”

Johnson would lead those gathered at the United Center in Chicago in an eight-second moment of silence in Bryant’s honor before Hudson appeared in purple to deliver  on a stirring rendition of “For All We Know (We May Meet Again).”

Common would follow it up with a rap in which he would pay tribute to Chicago’s greatest players while also mentioning Kobe by name with a line.

“A king named Kobe Bryant,” Common rapped as the arena lights lit up people and gold. “Even in the darkest times, you’ll feel Kobe’s light.”