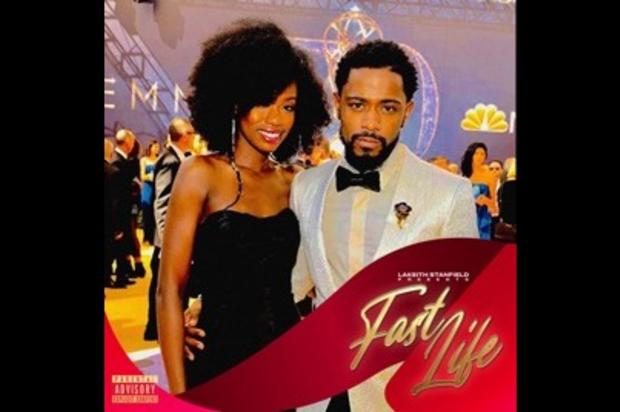 He’s taken the movie industry by storm, he has a successful television-streaming series on lock, and now Lakeith Stanfield is preparing for the release of his album. The multi-hyphenated, award-winning actor will soon share Self Control, a project that he said is “about struggling and striving and getting through the harder times—and coming out on the other side with some hope.” Lakeith has shared his song “Fast Life,” the first single from his forthcoming album, and along with it an accompanying visual that shows his exhaustion with fame.

The music video for “Fast Life” opens in black and white and Lakeith Stanfield lip syncs a scene from the classic film Casablanca. The single’s cover artwork is a photo of the actor and actress Xosha Roquemore, his longtime girlfriend and the mother of his child. There have been rumors that the pair have split, especially after he asked Ari Lennox on a date while she was on her Instagram Live. Whatever his relationship status may be, it seems that Roquemore may have been the inspiration behind “Fast Life.” Check out the music video for the actor’s single and let us know what you think.

Ooo girl you make it hurt so goody
Why you gotta do me like that?
To low stakes, a man can’t relate
But is it real or fake?
I guess I’ll never understand
So won’t take my hand?
Make you feel alive again