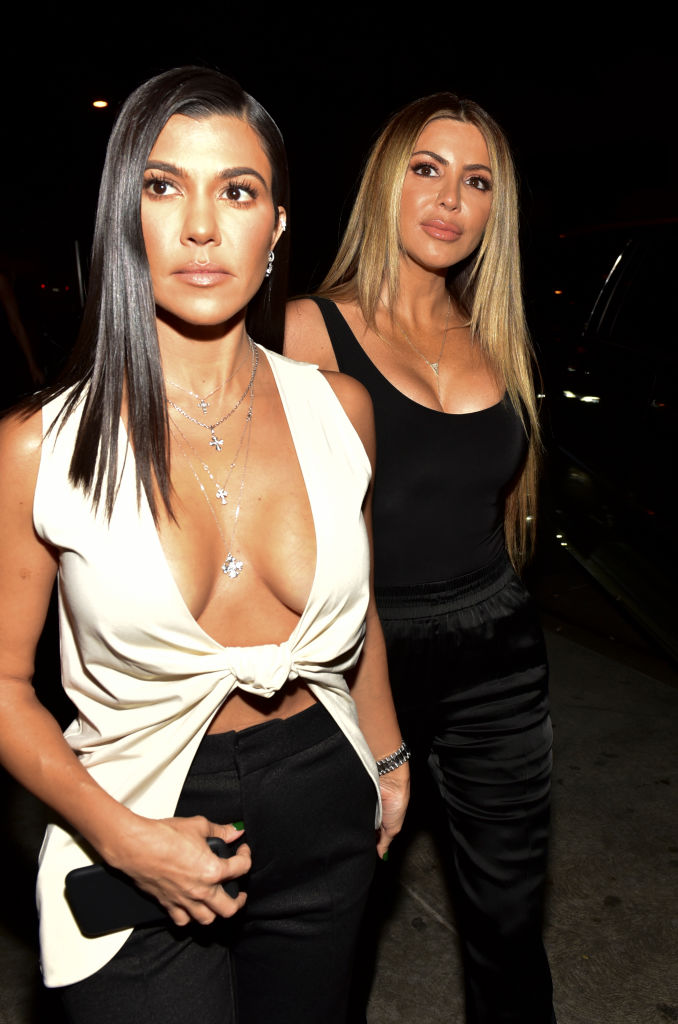 Larsa Pippen offers her two cents after she was trending because the entire Kardashian family unfollowed her on social media.

In the midst of Kanye West‘s rant last night on Twitter, he randomly name-dropped a few people, including Lil Baby, Drake, and others. Larsa Pippen came up as people suggested that West mentioned her over rumors that she had slept with Tristan Thompson, who is involved with Khloe Kardashian.

Following the name-drop, people were quick to pull out their microscopes and detective gear, uncovering the fact that Larsa no longer follows any of the Kardashian sisters, who were previously very friendly with her. She has even made several appearances on Keeping Up With The Kardashians. In return, it also looks like the sisters unfollowed Pippen.

Upon waking up to see her name as a trending topic, Larsa issued a statement on the mess via Instagram Stories.

“I Woke up this morning blessed and see that everybody is focused on who I am following and who I am not following on social media,” wrote the basketball wife. “I am focused on my children, my new fitness brand Larsapippenfitness, and my relationships in real life. Praying that everybody finds their peace in their own lives and focus on what brings THEM happiness.” 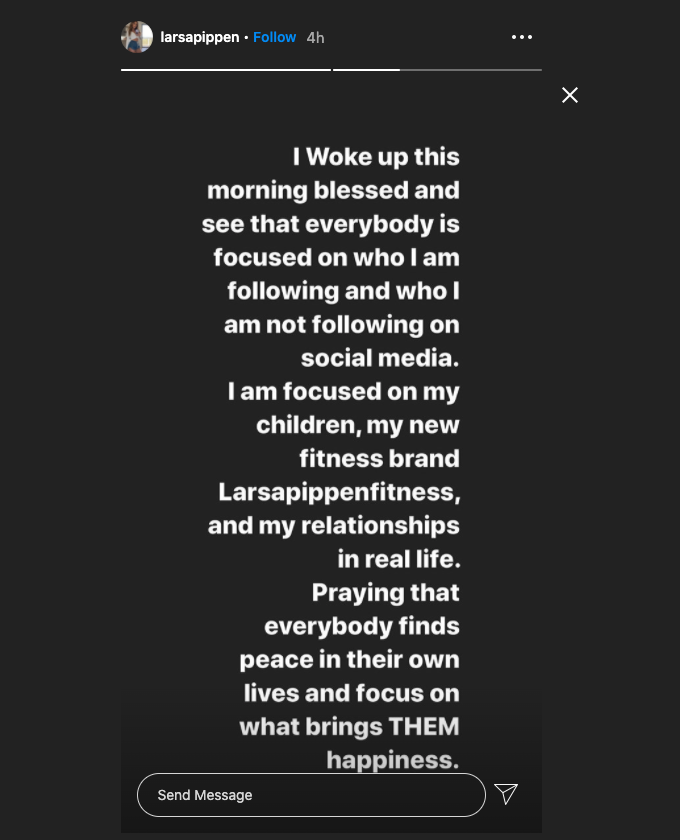 Earlier in the week, Larsa posed with her 12-year-old daughter, who is nearly the same height as her, turning heads for their cutesy pics.

What do you make of her statement?

Pop Smoke's Manager Promises Posthumous Project With 808 Melo, AXL Beats & Rico Beats | HipHopDX Subscribe Subscribe To DX Newsletter Get the most important stories in Hip Hopstraight to your inbox Thank You! Thank You! Thank You!You’re Far Too Kind To complete the subscription process, pleaseclick the link in the email we just sent you. Joining Newsletter Source link