LeBron James Doesn’t Give A Damn About Regular Season MVP 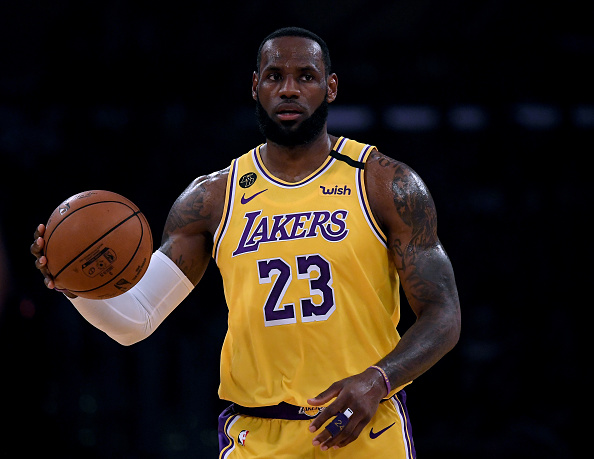 Los Angeles Lakers star LeBron James says he has never been motivated by the regular season MVP, an award he has won four times in his career.

Los Angeles Lakers All Star LeBron James is on the short list of NBA players in the running for the 2020 NBA MVP Award, but he is much more focused on being the greatest player in the world than winning that trophy for the fifth time. In fact, it doesn’t sound like LeBron cares much for the league’s regular season MVP honor.

Speaking with reporters on Thursday, LeBron explained that his motivation is grounded in his pursuit to be the best to ever play the game.

In his 17th NBA season, the four-time MVP is averaging 25.4 points, 7.8 rebounds and a league-leading 10.7 assists per game, all while leading the Lakers to a Western Conference-best 47-13 record. At 35 years old he has shown absolutely no signs of slowing in his pursuit to become the greatest all around player to ever pick up a basketball.

LeBron’s next test will come on Friday night, as the Lakers host reigning MVP Giannis Antetokounmpo and the NBA-leading Milwaukee Bucks in a potential NBA Finals preview. That game, airing on ESPN, is scheduled to tipoff at 10:30pm ET.

Click here to see what Giannis had to say about the MVP-caliber season that LeBron is putting together this year.

Kendrick Lamar & Dave Free Launch 'At Service Company' pgLang With Baby Keem's Assistance | HipHopDX Subscribe Subscribe To DX Newsletter Get the most important stories in Hip Hopstraight to your inbox Thank You! Thank You! Thank You!You’re Far Too Kind To complete the subscription process, pleaseclick the link in the email we just sent you. Joining Newsletter Source link