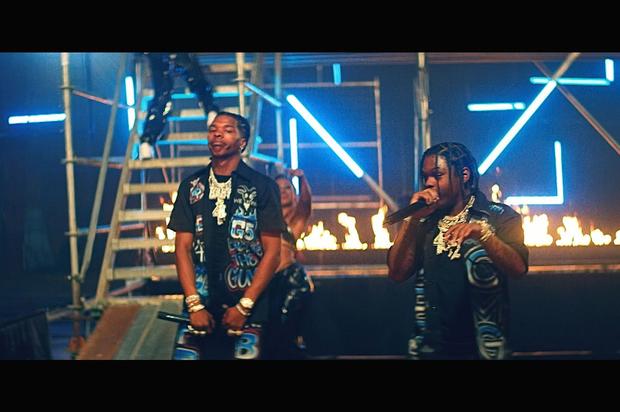 Despite officials urging people to lay off the Super Bowl festivities, this weekend is likely the first time in a while that rappers have been able to collect some show money. All across Tampa, FL, rappers, and celebrities are collecting the backend for Super Bowl weekend. The mayor of St. Petersburg recently called out 50 Cent for hosting a maskless party for Super Bowl weekend and local Tampa officials have issued warnings for other celebrities who’ve held parties.

Despite the backlash, things are moving forward as expected with many people, celebrities and non-celebrities alike, still hitting the clubs. Lil Baby, who hasn’t necessarily been able to reap the full success of My Turn due to the pandemic, has been steadily popping up across Tampa for show appearances. He even brought along a few buddies such as 42 Dugg. Unfortunately, it seems like all that partying caught up to 42 Dugg… in the middle of the party.

Lil Baby hit the ‘Gram last night where he shared footage of 42 Dugg fast asleep while music is blaring all around him. Surely, if the music weren’t playing, we’d probably be able to hear the “Been Turnt” MC snoring. Baby, as well as the rest of us, found this clip amusing but the 4PF honcho made it clear that his artist needs to get back to his hotel immediately. “It’s time to go home Dugg tired,” he captioned the post. The rapper shared Bankroll Freddie’s clip of him sleeping in the club, admitting that he was ready to end his day. Surprisingly, he was later encouraging A$AP Bari to stay awake in the club shortly after.

G-Eazy & Chris Brown Take Over A House Party For 'Return Of The Mack'-Sampling 'Provide' Video | HipHopDX Subscribe Subscribe To DX Newsletter Get the most important stories in Hip Hopstraight to your inbox Thank You! Thank You! Thank You!You’re Far Too Kind To complete the subscription process, pleaseclick the link in the email we just sent you. Joining Newsletter Source link