Lil Migo Cements Himself As The "King Of The Trap" With New Project Featuring Yo Gotti, Moneybagg Yo, Blac Youngsta, & More 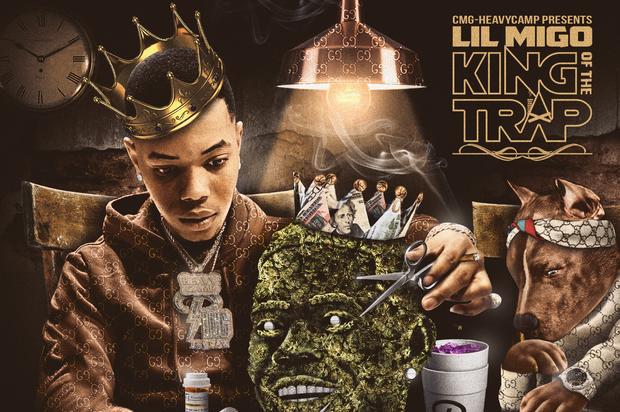 If you’re not paying attention to what’s happening in Memphis right now, you’re missing out. While there has always been a special hip-hop connection in the city, dating back to the Three 6 Mafia days and earlier, the movement coming out of Bluff City is really special. Lil Migo is contributing to the recent surge in activity from Memphis, releasing his new project King Of The Trap via Blac Youngsta’s Heavy Camp imprint.

The rising rapper has been attracting a lot of attention because of his relation to some of the city’s heavy hitters, including the aforementioned Blac Youngsta. Yo Gotti, Moneybagg Yo, and others from Memphis have also given the up-and-comer a co-sign. His new project features Jacquees, Rich The Kid, 42 Dugg, BIG30, and more.

“I’ve been mentored by some of the best in the game in Blac Youngsta and Yo Gotti and now I’m ready to carve out my lane and make 2021 my year,” said Lil Migo. “I want to keep putting on for Memphis, and that starts with this new project.”

In addition to the new project, Lil Migo also released the music video for “Big Dog”, which you can watch below.

Listen to the new project and let us know if you’re a fan of Lil Migo.

Renni Rucci & Foogiano’s Rapper Love May Star On ‘Love & Hip Hop’ In A Post-Pandemic | HipHopDX Subscribe Subscribe To DX Newsletter Get the most important stories in Hip Hopstraight to your inbox Thank You! Thank You! Thank You!You’re Far Too Kind To complete the subscription process, pleaseclick the link in the email we just sent you. Joining Newsletter Source link