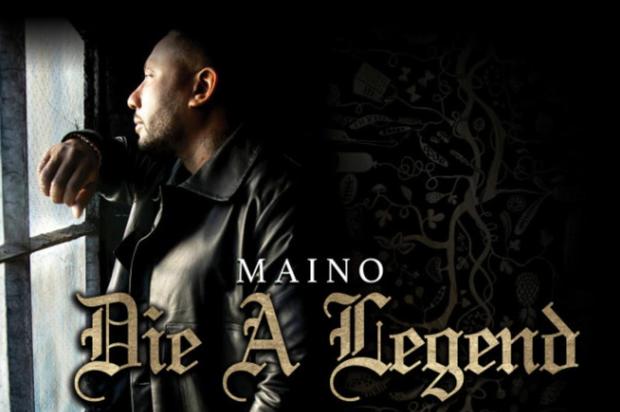 Maino has officially delivered his new project Die A Legend, a fourteen-track endeavor featuring guest appearances from Jim Jones, CeeLo Green, French Montana, and more. On a surface glance, it’s difficult to ignore a guest appearance from CeeLo Green, who never fails to bring a welcome dose of soulful vocalization to any track he blesses. On “Fearless,” the album’s third-to-last tracks, the tone is immediately set to be an inspirational one. “I don’t fear anyone,” raps Maino, as the beat builds beneath his vocals. “I wasn’t made off of Instagram.”

There’s an old-soul defiance in the way Maino carries himself, one that captures the spirit of a New York emcee. As the drum hits, his flow picks up as his message sharpens, his concerns and frustration spilling out as he reflects on the struggle surrounding him. “Is it a hell or a heaven, my mama believes in reverend,” he spits. “My people gon’ make the news, you seen us on channel seven.” CeeLo meets him in the middle for a powerful chorus, reinforcing Maino’s message with an expectedly strong vocal performance. If you’ve been a longtime fan of either party, consider checking this one out right now.

Is it a hell or a heaven, my mama believes in reverend
My people gon’ make the news, you seen us on channel seven
Toasting with Henny bottles go home with any models
Prison full of the homies wish they were freeing tomorrow

Chance The Rapper Says He's 'Too Good At Rapping' While Responding To Constant Internet Slander | HipHopDX Subscribe Subscribe To DX Newsletter Get the most important stories in Hip Hopstraight to your inbox Thank You! Thank You! Thank You!You’re Far Too Kind To complete the subscription process, pleaseclick the link in the email we just sent you. Joining Newsletter Source link