Mario Judah & Tes X Rock Out On “It's Time to Rock" 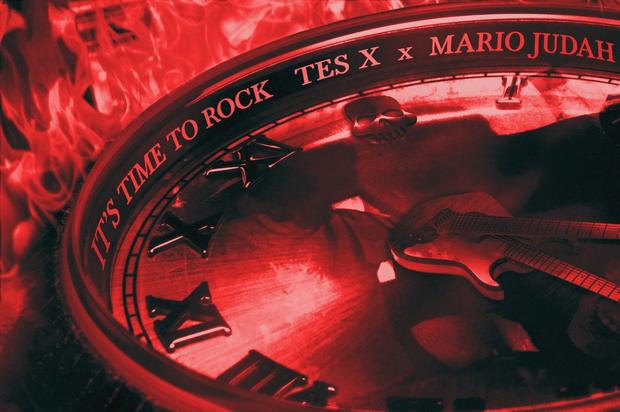 Thanks to Playboi Carti finally releasing the long-awaited Whole Lotta Red, burgeoning artist Mario Judah can get back to perfecting his unique brand of rock-meets-rap. The Florida native is perhaps best known for his viral single “Die Very Rough,” which has become the center of memes and even the jest of rapidly rising comedian Druski.

For his latest effort, Judah teams up with Tes X, an artist who was recently featured on DJ Scheme’s Family and credits the late XXXTentacion as one of his primary influences. Together, they have unleashed “It’s Time To Rock,” a hard-hitting earworm that closely follows in the steps of “Die Very Rough.”

The single arrived today alongside new visuals, which feature the two artists losing their minds in what appears to be an abandoned blood-stained hospital room. Recurring themes from Judah’s music, such as revenge and killing, pop up throughout “It’s Time To Rock,” but by the time its two and a half minutes have passed, all you’ll remember is the repetitive hook, “It’s time to rock!”

Interestingly enough, Judah takes the backseat on the record and gives Tes X the first verse, and the Chicago native doesn’t disappoint, with a clean melodic performance that concludes with a vocal inflection reminiscent of Atlanta artists Lil Keed and Young Thug, who’s been teasing what fans speculate is Slime Language 2. Together, Judah and Tes X make for a dynamic duo, so hopefully more collaborations between the two artists are on the way.

Quotable Lyrics
Fight, fight all of the enemies
We will kill all their energy
It’s time to kill

Kodak Black Pledges His Allegiance To Lawyer — Not Trump — With Hand Tattoo | HipHopDX Subscribe Subscribe To DX Newsletter Get the most important stories in Hip Hopstraight to your inbox Thank You! Thank You! Thank You!You’re Far Too Kind To complete the subscription process, pleaseclick the link in the email we just sent you. Joining Newsletter Source link