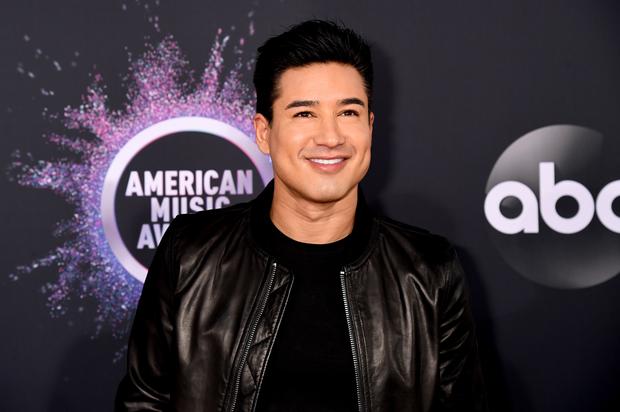 Before you ask, yes, this is 100% real. You’ve never seen Colonel Sanders quite like this.

The chicken franchise is known to get rather inventive with their advertising strategies, but this takes the cake. Kentucky Fried Chicken has apparently partnered with the Lifetime Channel to produce a mini-movie starring none other than talk show host and Saved By The Bell icon Mario Lopez. The 15-minute flick will air this Sunday (December 13) and will feature Lopez as a young, sexier version of everyone’s favorite white-haired spokesperson, Colonel Sanders. Initially, we weren’t sure that this was legit, but yes, this is 100 percent the real deal.

“As the holidays draw near, a young heiress contends with the affections of a suitor handpicked by her mother,” reads the official description. “When the handsome chef, Harland Sanders, arrives with his secret fried chicken recipe and a dream, he sets in motion a series of events that unravels the mother’s devious plans. Will our plucky heiress escape to her wintry happily ever after with Harland at her side, or will she cave to the demands of family and duty?”

Just in case you’re still struggling to believe that someone actually spent money on this, the trailer was also released and it’s a doozy. “I may joke about a lot, but I’d never joke about fried chicken or a Lifetime Original Mini-Movie,” KFC wrote on Instagram. A Recipe For Seduction airs on Lifetime on December 13 at 12:00 p.m. ET/PT. Check out the trailer below.

Breaking Officially Becomes An Olympic Sport — Here Are 5 Culture-Defining Moments | HipHopDX Subscribe Subscribe To DX Newsletter Get the most important stories in Hip Hopstraight to your inbox Thank You! Thank You! Thank You!You’re Far Too Kind To complete the subscription process, pleaseclick the link in the email we just sent you. Joining Newsletter Source link