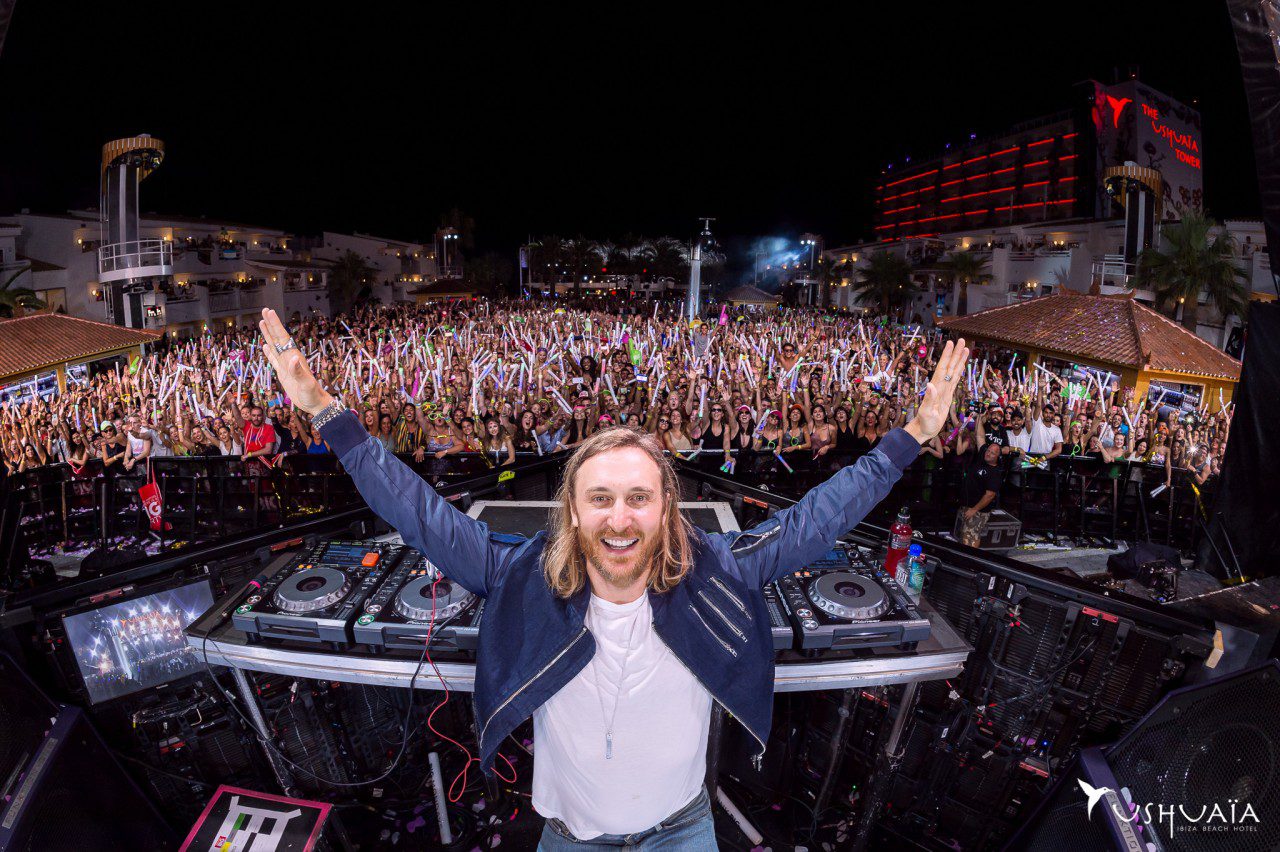 Pierre David Guetta is a French DJ, songwriter, record producer and remixer from Paris who has sold over nine million albums and thirty million singles worldwide. In 2011, Guetta was voted as the number one DJ in the DJ Mag Top 100 DJs poll. In 2013, Billboard crowned “When Love Takes Over” as the number one dance-pop collaboration of all time.

He released his first album, Just a Little More Love, in 2002. Later, he released Guetta Blaster (2004) and Pop Life (2007). Guetta achieved mainstream success with his 2009 album One Love which included the hit singles “When Love Takes Over”, “Gettin’ Over You”, “Sexy Bitch”, and “Memories”, the first three of which reached number one in the United Kingdom. The 2011 follow-up album, Nothing but the Beat, continued this success, containing the hit singles “Where Them Girls At”, “Little Bad Girl”, “Without You”, “Titanium”, and “Turn Me On”. He is among the first DJs to get into the EDM scene and is known as the “grandfather of EDM”.

But who has any right to find fault with a man who chooses to enjoy a pleasure that has no annoying consequences, or one who avoids a pain that produces no resultant pleasure? On the other hand, we denounce with righteous indignation and dislike men who are so beguiled and demoralized by the charms of pleasure of the moment, so blinded by desire, that they cannot foresee.

“Everything I make as a producer, I visualize it as a DJ first. And all those beats, I test them as a DJ.” ~ David Guetta

Guetta began to DJ at the Broad Club in Paris. He first played popular songs, and he discovered house music when he heard a Farley “Jackmaster” Funk track on French radio in 1987. The next year, he began hosting his own club nights. In 1990, he released “Nation Rap”, a hip-hop collaboration with French rapper Sidney Duteil.

On 16 February 2018, David Guetta released his new song “Mad Love”, together with Sean Paul and Becky G. A few months before the release Sean Paul reported that Shakira would be the singer of the song, but she has been replaced by Becky G. A week later, Guetta released his second collaboration with Martin Garrix and Dutch DJ Brooks entitled “Like I Do”. Guetta’s seventh collaboration with Sia, “Flames”, was released on 22 March 2018.