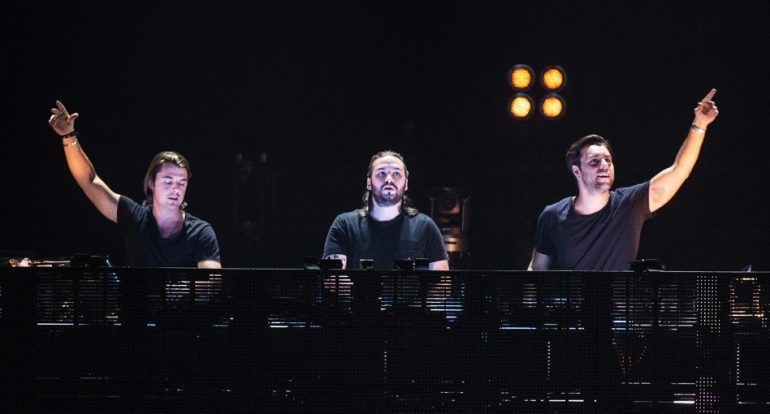 Swedish House Mafia is a Swedish house music supergroup consisting of Axwell, Steve Angello and Sebastian Ingrosso. The group officially formed in late 2008, and were placed at number ten on the DJ Mag Top 100 DJ Poll 2011 and have been called “the faces of mainstream progressive house music.” In 2012, they were ranked at number twelve on the DJ Mag Top 100 Poll. On June 24, 2012 the group announced they would split up. Their final performance was at Ultra Miami on March 24, 2013. For the next five years Angello worked solo, while Axwell and Ingrosso performed as a duo.

On March 25, 2018, the group reunited with their surprise closing set at the 20th Anniversary of Ultra Music Festival in Miami, 2018.

Before the official formation in late 2008, the trio would often play shows together, with fellow Swedish DJ Eric Prydz joining them for some shows. The name Swedish House Mafia came about after friends and fans began labelling the four as they played more shows together. Eventually, the group adopted the name. Prydz decided not to join the group, describing himself as a ‘control freak’ in the studio who can’t abide collaboration, even with close friends.

“We don’t sleep till the sun goes. We don’t waste no precious time. All my friends in the loop, making up for teenage crime.” ~ Swedish House Mafia

The first production that was released by the group was “Get Dumb” which was produced with Laidback Luke and released in 2007. In 2009, Swedish House Mafia teamed up with Laidback Luke again to produce the track “Leave the World Behind” which featured vocals by Deborah Cox. Although none of these songs were released under the name Swedish House Mafia, the latter would eventually feature on the group’s first compilation album Until One.

In 2010, Swedish House Mafia signed a record deal with UMG’s Polydor Records (formerly Polygram) after a falling-out with previous record label EMI, due to differing ideas. They released “One”, their first official single under the name Swedish House Mafia, on Beatport on May 2, 2010, where it achieved international success, charting at number 7 in the UK Singles Chart. The group followed this with an equally well received vocal version featuring Pharrell Williams, retitled “One (Your Name)”. Their next single, “Miami 2 Ibiza”, with Tinie Tempah, was released on October 1, 2010. It charted at number 4 on the UK Chart and was featured on Tempah’s debut studio album Disc-Overy. Both tracks were taken from the group’s debut compilation album Until One; a collection of productions and remixes from both Swedish House Mafia as a group and as individuals along with other artists as well. It has achieved a BPI Gold Sales award in the United Kingdom and a GLF Platinum Sales award in Sweden.