Method Man Breaks Down How "M.E.T.H.O.D. Man" Was Made 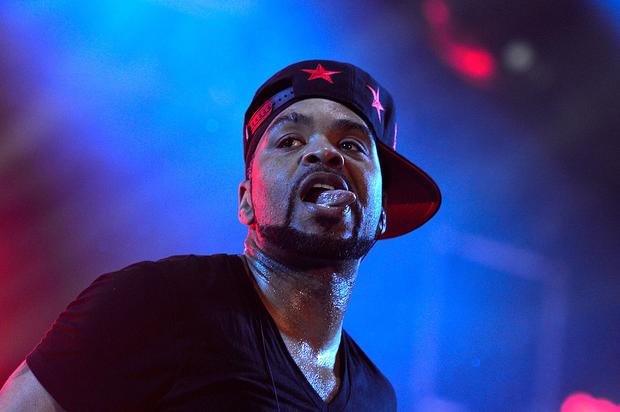 Method Man opens up about the creation of his iconic Wu-Tang classic “M.E.T.H.O.D. Man,” which changed the way we spell his name forever.

M-E-T-H-O-D Man has become the typical way of spelling the legendary emcee’s moniker, and there’s a reason for that. Wu-Tang fans are well aware of the classic 36 Chambers cut, which remains an essential piece of hip-hop music to this day. Now, Method Man and Talib Kweli have linked up for an upcoming episode of The People’s Party, where they opened up about the creation of Meth’s star-making banger.

Talib frames the conversation with a quote from RZA, who stated that “M.E.T.H.O.D. Man” was the product of a weed-fueled hangout between the two Wu-Tang members. Method Man smiles as he reflects on that fateful night, where he actually watched the RZA piece together the beat in real time. “It was incredible,” says Meth. “I actually wrote the lyrics to a Masta Ace song, I can’t remember which one. I wrote it to a Masta Ace beat, you know when you had the dual cassette players? So had to loop the beat yourself. It would take me at least a half-hour to get a twenty-minute loop.”

“I’ve always been a big Hall And Oates fan,” continues Meth. “I remember me and [Cappadonna] hung out all night, we was on mescaline. So we was breaking day. He had this little pink radio and the one that stood out most to me was when Hall And Oates came on, first song was “Sarah” and the other one was “Method Of Modern Love.'” He proceeds to sing out the chorus, which bears a striking resemblance to the iconic chorus of “M.E.T.H.O.D. Man.”

“As far as the lyrics went, we were in the era where familiarity is key,” explains Method. “Everything was like something — so I’d go hey hey hey like Fat Albert, it was all the expressiveness. I was key on that big time. It worked for me in that era. As time went on, and I grew more, I incorporated all that and it made me into the emcee I am today.”

Shaq Vows To Destroy Gronk In DaBaby & Snoop Dogg-Assisted 'Virtual Party' Challenge | HipHopDX Subscribe Subscribe To DX Newsletter Get the most important stories in Hip Hopstraight to your inbox Thank You! Thank You! Thank You!You’re Far Too Kind To complete the subscription process, pleaseclick the link in the email we just sent you. Joining Newsletter Source link