NMF this week has Metro Boomin’s Heroes & Villains with a Takeoff feature as we mentally bid farewell to the former Migo. In addition, Akon also makes an appearance with TT Freak, including A$AP Rocky. 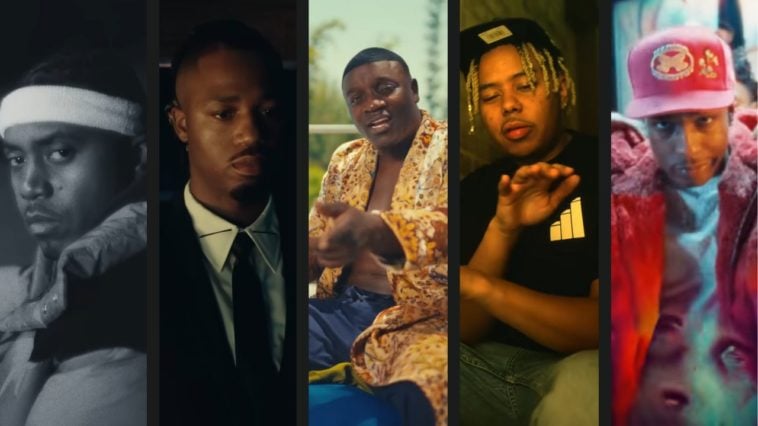 Metro Boomin’s newest album, Heroes & Villains, features at least one of every music listener’s hip-hop fave. From the new to the not-so-new, H&V is an Avengers-style collective that features Gunna, Future, A$AP Rocky, John Legend, and more.

The album leaves a bittersweet taste with one of its songs, “Feel The Fiyaaaah,” which features the recently deceased Takeoff. It is also another chance for fans to listen to something new by the fan favorite.

“One Mic, On Gun” is a bop. The hot new song brings together rappers from different generations. Moreso, it follows after the media misinterpreted 21’s comments about the Grammy Award-winning Nas. He may have never said Nas was irrelevant, but Boosie sure said Jay-Z is.

Though not explicitly stated, the song’s title is a throwback to one of Nas’ many classics. “One Mic.”

“Bop Bop” lives up to its name. It is a clean, energetic flow that would be rocked in many nightclubs or gyms as you push for that extra mile on the treadmill.

Saucy Santana also dropped visuals for the new song, which reveals flashy lights and women in a club scene.

Konvicted, Trouble, and Freedom enjoyed critical success and Akon built on it to gain traction for his many interests, including building a tech city in his home country, Senegal.

His new album, TT Freak, is a 7-song, no feature collaboration between his label, Konvict Music, and social media application TikTok.

Hit play and ride the wave..

It has been an eventful year for A$AP Rocky. He became a father, headlined Rolling Loud, launched his design studio, and has now released a single, “Shittin’ Me.”

With this burst of activities, maybe Rocky, like his wife, Rihanna, is ready to focus on making music again.

Give it a listen.

Cordae is back with a new song. Let us know what you think of it.

Four albums after his career-defining 2020 album, Don Dada, Youngeen Ace is still here. Now, he is here with the fifth and second of the year, Survivor Of The Trenches.

Love Renaissance’s Home For The Holidays (Vol 2) has a holly jolly Christmas vibe with songs like “Ghetto Christmas” and “Silent Night,” including vocal contributions by dvsn, Summer Walker, 6lack & more.

This weekend, be sure to check out our Christmas movie collection and coverage of the Tory Lanez trial. Be safe, SOHH family.

WYD In This Situation? Dude Climbed A Tree To Avoid Get Eaten By Lions!