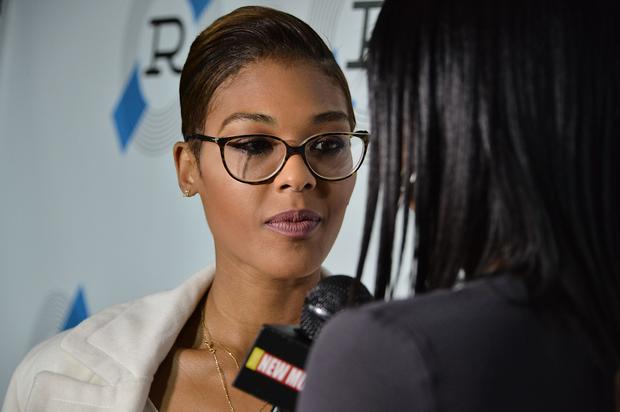 Days ago, “Love & Hip Hop Hollywood” stars Max and Brandi B went viral after an audio clip of their argument caused concern.

Earlier this week, a disturbing audio clip from an Instagram Live caused the public to pause. Love & Hip Hop Hollywood stars Max Lux and his wife Brandi B were heard arguing, but unfortunately, nothing can be seen because it was a black screen. Brandi is known as the young lady who was referred to herself as Whitney Houston’s goddaughter, and she has close ties to the Norwood family, as Brandy and Ray J are good friends. Max Lux, real name Marcus Boyd, has worked with several notable acts in the industry including Ray J, Marques Houston, and Lil Wayne.

“I ain’t your motherf*ckin’ clumsy ass, goofy ass n*gga b*tch,” Max is heard saying in the clip. “I’m not down for it. B*tch, f*ck you… You got that through your head yet? You got that through your head, b*tch? I’m not with your program.” Elsewhere he added, “You think you’re gonna disrespect me to the world, Brandi! Is that what you think?! You’re not! You’re not.” Later he stated, “Before I f*ck you up… [Tell] Ronnie I beat you up, b*tch. Oh, I’m gonna send you out on a good one.”

Immediately after the audio began to circulate on social media, Lux, who has been with his wife for 17 years, wrote on his Instagram that he takes care of his family and he didn’t hurt anyone. Brandi also came forward to defend her husband, writing on social media that she was fighting with him but he didn’t hurt her. Still, the public encouraged someone to step in to help her, but Brandi insisted that she was just fine.

Brandi returned once again with a video where she explained why no one needed to worry. Hollywood Unlocked shared the clip and Love & Hip Hop‘s Moneice Slaughter, who was at odds with Brandi on the series, had a comment where she alleges Max and Brandi’s relationship has always been abusive.

“You can’t help somebody who doesn’t want to be helped,” Moniece wrote. “They’ve been like this since we were teenagers. It’s unfortunate but she not leavin til he put her in a casket.” Check out Brandi’s video below.