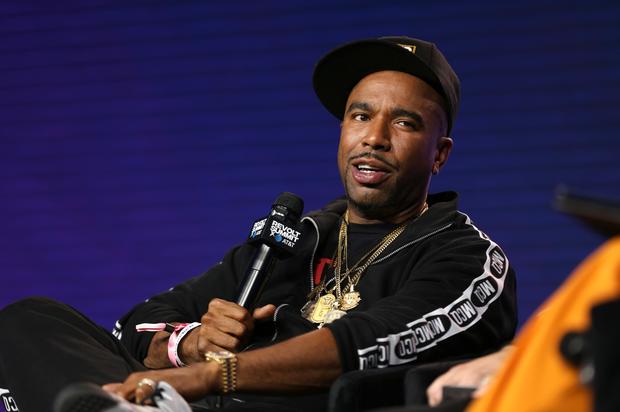 NORE’s made a smooth transition from rapper to podcast host, and though he often doesn’t chime in on scandals in the hip-hop community, his thoughts on Doja Cat‘s Tinychat scandal came to light a few weeks ago. Mind you, he was targeting Candace Owens when he brought up Doja Cat. “Sista Rosa how u feel bout this interview wit the KU KLUX KLAN!!! She ain’t even in racial chat rooms showing feet!!!” He said on Twitter while quoting a video of Candace Owens spewing her transphobic agenda.

Though Desus & Mero on Showtime just returned last week, they were filming during their brief hiatus. Yesterday they shared an online-only roundtable featuring Spice Adams, NORE, and ESPN’s Mina Kimes. At one point, the conversation led to the Drink Champs host’s legendary tweet about Doja Cat. Kimes told NORE that she will never be able to look at Doja Cat the same way ever again after reading his tweet.

NORE explained that he had been following her career even before the Nicki feature. Though he was in full support of her in the past, he made it clear that he wasn’t upset about not only the video of her on Tinychat but her apology afterward.

“I’ve been to a lot of places I never not supposed to been but like, in a racist right-wing chatroom never I place I been,” NORE explained. “I’ve went to Pathmark by mistake. I’ve never been to a Ku Klux Klan meeting… she’s out of line.”

“I felt like I was fooled,” he added before referencing the Clayton Bigsby skit on The Chappelle Show. “I felt like we were living in Dave Chappelle’s world. I was like, ‘This gotta be a joke.’ What really made me mad was her apology wasn’t even an apology.”

NORE went into depth about his feeling surrounding Doja Cat and his subsequent tweet. Check it out below starting around the 5:40 mark.

J. Cole Fans Mourn The Ruining Of His Will & Jada 'No Role Modelz' Lyrics

J. Cole Fans Mourn The Ruining Of His Will & Jada 'No Role Modelz' Lyrics | HipHopDX Subscribe Subscribe To DX Newsletter Get the most important stories in Hip Hopstraight to your inbox Thank You! Thank You! Thank You!You’re Far Too Kind To complete the subscription process, pleaseclick the link in the email we just sent you. Joining Newsletter Source link