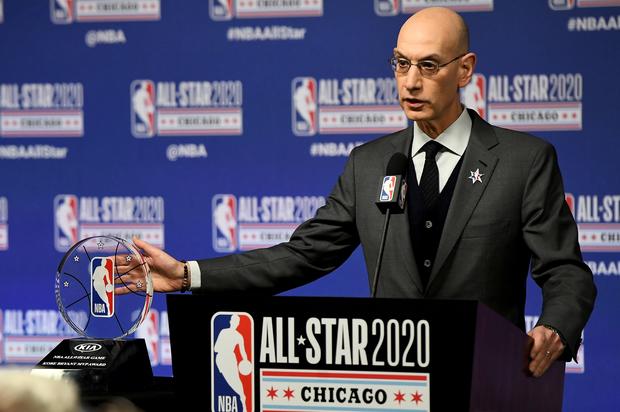 The NBA is going to let players protest in any way they so choose.

Ever since announcing that the NBA would come back in July, the league has been dealing with another battle that goes completely outside of the Coronavirus. Of course, we are talking about social injustice. Numerous players throughout the league have been taking part in protests, and there have been some players who have noted that they would rather fight against white supremacy, then play in the league’s bubble city. The league is well-aware of this and has been coming up with solutions to give the players a platform.

According to Shams Charania of The Athletic, the NBA is coming through with a truly unique idea that could lead to some interesting name tags. As he explains, players will be allowed to put social justice messages such as “Black Lives Matter,” on their jerseys, as opposed to their names. They won’t be forced to do this although the option will be there to do so.

We’re fairly certain there will be a large contingency of players doing this, especially since fans don’t really need nametags to know who everyone is. A player like LeBron James could easily get away with using an alternate name tag, and if he were to do it, we’re sure numerous players will follow suit.

Let us know what you think of this plan, in the comments below.

NBA Releases "Black Lives Matter" PSA Boosted By R&B Rookie Jac Ross | HipHopDX Subscribe Subscribe To DX Newsletter Get the most important stories in Hip Hopstraight to your inbox Thank You! Thank You! Thank You!You’re Far Too Kind To complete the subscription process, pleaseclick the link in the email we just sent you. Joining Newsletter Source link