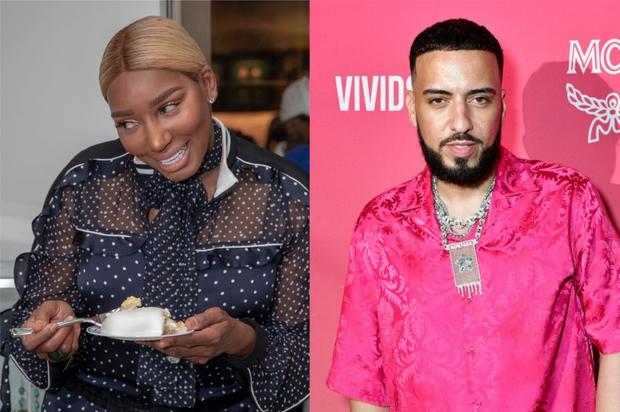 NeNe Leakes laughs off Madina Malina’s allegations that she cheated on her husband with French Montana.

Ever since her departure from the Real Housewives of Atlanta, NeNe Leakes has been showing why it probably wasn’t a good idea to let her walk away from the franchise. She is reality television gold and, in the last few days, she’s proven it all over again.

Following Wendy Williams‘ appearance on Andy Cohen’s talk show, where she essentially called NeNe “boring” without her RHOA friends to back her up, their friendship went down the drain, and understandably so. In the aftermath, NeNe sent off a few tweets accusing Wendy of being a cocaine addict, also calling Andy Cohen racist.

While Wendy usually fights her own battles, Growing Up Hip Hop‘s Madina Malina entered the ring for her friend, accusing NeNe of cheating on her husband Gregg with French Montana.

“Why don’t you talk about the part where when we was in a truck, you was letting French touch all on your snatch?” asked Malina in a video being discussed on social media. “That’s right, you were all up under French Montana. A whole married woman, NeNe.”

The reality TV legend has since addressed the rumors, joking about it all on Instagram.

“Looking for this damn Kat that @frenchmontana done SNATCHEDDDDDD,” laughed NeNe, sharing a picture of herself digging into her purse. “GOT to dig deeper Chile.”

How low do you think NeNe and Wendy are willing to go? And does Madina have more information about NeNe?

Megan The Stallion's Friend Claims A Voicemail Of Tory Lanez Crying & Apologizing For Shooting Her Exists | HipHopDX Subscribe Subscribe To DX Newsletter Get the most important stories in Hip Hopstraight to your inbox Thank You! Thank You! Thank You!You’re Far Too Kind To complete the subscription process, pleaseclick the link in the email we just sent you. Joining Newsletter Source link