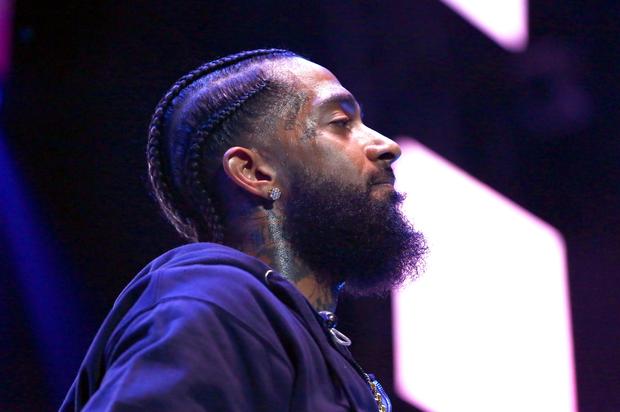 Nipsey Hussle’s tour DJ, DJ VIP, says the late rapper was “tapped into something else” in unreleased music.

DJ VIP, Nipsey Hussle‘s official tour DJ, spoke to REVOLT TV in a new installment of Tour Tales that was released today — the one-year anniversary of Nipsey’s death. Recounting memorable times on tour and the possibilities of a tribute show, DJ VIP touched on the possibility of new music being released. There’s apparently a bank of unreleased music from Nipsey Hussle but DJ VIP said that there aren’t any immediate plans to his knowledge to release any of it.

“First of all, if any music ever comes out, it’s going to be with the blessing of Sam [Asghedom] (Nipsey’s brother) and the family. So, at this point, that’s something they would have to answer,” he said. “Right now, there’s a ton of Nipsey music that hasn’t been released that is original Nipsey music. But, that’s up to them. At this point, there are no plans for anything to come out in the immediate future.”

He explained that the new music Nipsey recorded post-Victory Lap found him in a whole other zone than anyone’s ever heard him in.

“There are a couple that is sickly chilling. To hear them in the context of now, it sounds like he knew his future. I won’t go into too many details on what it is, but you can tell that he was just tapped into something else,” he said about some of the few unreleased tracks he’s heard. “He wasn’t saying a bunch of stuff in every song just to say every situation is applicable to him. He was painting very clear pictures. There’s a couple of songs that are really eerie to hear because of the context of the situation now.”

Bun B Rips 'Tiger King' Joe Exotic For Wanting To Say The N-Word Like Rappers | HipHopDX Subscribe Subscribe To DX Newsletter Get the most important stories in Hip Hopstraight to your inbox Thank You! Thank You! Thank You!You’re Far Too Kind To complete the subscription process, pleaseclick the link in the email we just sent you. Joining Newsletter Source link