Written by JARVIS LEROUGE on November 8, 2018

“The Best Years Of My Life,” a standout from the Pistol Annies’ third album, Interstate Gospel, may have the best opening line of any song this year. After a short guitar intro that sounds like someone is X’ing out another day on the calendar, Ashley Monroe sings, “I picked a good day for a recreational Percocet.”

In a song about living in a dead-end town with a husband who “don’t love me but he ain’t gone yet,” that detail has both a bit of humor to it and a whole lot of pathos, not only upending the common depiction of small towns as bastions of morality and fulfillment but alluding to the opioid crisis that is devastating rural areas around the country. But “The Best Years Of My Life” doesn’t sound like a civics lesson. Rather, it’s one of those sad country songs that do what all the best sad country songs do: It invites you into this person’s world and shows you the parallels with your own life.

Comprising three immensely talented singer-songwriters whose fortunes have varied in Nashville — in addition to Monroe, there is superstar Miranda Lambert and the critically acclaimed Angaleena Presley — the Pistol Annies are a new kind of country act, one that updates country’s most beloved and ingrained conventions to the late 2010s, however ugly they may look in the present moment. Take that recreational Percocet, for example. For decades, country’s music drug of choice — at least in its songs — has been alcohol. Singers shed tears in their beers and numb the pain of heartbreak with shots of Tennessee whiskey. Recently, drinking songs have become celebratory, full of recreational shots of tequila, as singers encourage us to raise a toast to however country we consider ourselves.


The Pistol Annies very rarely sing about liquor. Their drug of choice is weed, as on the raucous new tune “Stop Drop And Roll One,” in which they light one up rather than tie one on. But Interstate Gospel has more pills than joints, not all of them recreational. Acting as a bookend with “Best Years Of My Life” is “Commissary,” about a woman enduring the shame of her husband’s opioid addiction and incarceration. It’s a different kind of prison song, nothing like “Folsom Prison Blues” or “Mama Tried.” It’s less about prisoners and more about the people they leave behind. “When mama said a boy beat you within an inch of your life, I didn’t bat an eye,” Presley sings. “It didn’t even phase me.” The song might sound cold-blooded if not for the superhuman strength it takes the character to simply keep going.

It’s that approach to country music — that effort to use country music as a mirror to reflect the world back to itself — that makes this such an essential and vital album in 2018. And Interstate Gospel is enjoying a crossover at a time when visionary female artists are steadfastly disregarded by the industry but have found more and more listeners outside that market. People who might have once declared they hated country music — and the red-state culture it is supposed to represent — are now streaming Margo Price and Brandy Clark and Kacey Musgraves and all three of the Pistol Annies as solo artists.

When the group released their first record back in 2011, Hell On Heels seemed initially like a lark: three good friends writing songs in what they described as a sleepover setting and adopting nicknames like hick Spice Girls. Lambert became Lonestar Annie, Monroe was Hippie Annie, and Presley, a native Kentuckian, was Holler Annie. But the group was more than the sum of its parts, with a distinctive identity and a direction of its own. What at first seemed like a one-off project was followed up with 2014’s Annie Up and now — after a long hiatus during which they went through a divorce, two pregnancies, too many rumors, and a slew of incredible solo records — with Interstate Gospel. Perhaps their finest and fiercest record to date, it sounds like it was made by artists who have persevered, who have carved out their own niche in Nashville both collectively and individually, and who have made art from the struggle.

STEREOGUM: It’s been four years since Annie Up. What sparked this album? When did you begin working on it? Was there a song where things started to click?

MIRANDA LAMBERT: It kind of came together organically, similar to our first record, Hell On Heels. The first song started from a text message. I wrote my part for “When I Was His Wife” and sent it to Ashley and Angaleena. Within 10 minutes they sent back verses and I made a work tape. That was the first song, and it was off to the races after that.

STEREOGUM: Had you written or performed together much in the meantime? Had the dynamic between you changed since the last record?

ANGALEENA PRESLEY: We have all grown up a lot since our last record. All three of us have had so many life changes in the past five years. We’ve been through a lot and we write about it on this record. We really couldn’t get these songs written fast enough. We would write another song before we had finished a previous one.

ASHLEY MONROE: For us, we always write about what we know, so we have to live life and experience things to write well. Once we got back together, we really were just bursting to get these songs written.

LAMBERT: This record is definitely more mature, but it still is fun… that part hasn’t changed.

STEREOGUM: What does this project allow you to do that you might not be able to do as a solo artist?

PRESLEY: We’re like shields for each other. If one of us feels like something is too personal, we can just blame it on one of the other ones.

MONROE: When we’re together, we are extra strong. We are more than what we are when we’re by ourselves, and the songs can follow us there.

STEREOGUM: Everything seems extremely well balanced on this record, from the songwriting credits to the lead vocals. How much you’re thinking about that when writing and recording?

PRESLEY: When we’re on to something, our arm hair stands up and we get chill bumps. When that happens, that’s when you know it’s magic and that it’s right. On “Milkman,” in the middle of the breakdown, our brilliant engineer and producer had the idea to mute us. We all stood at separate mics, couldn’t hear anything and just ad-libbed. What we recorded on that take is what ended up on the record. We’re so in synch that we don’t even have to hear each other.

STEREOGUM: Can you tell me about the origins of “Commissary”? It’s such a great twist on the country prison song, told from the point of view of those left outside the walls.

PRESLEY: My hometown in Kentucky has been really impacted by the opioid crisis. There are so many levels to being close to addiction and being close to someone who has an addiction issue. By the time somebody you love has been incarcerated, you’ve tried everything that you can think of to help them. Eventually, you get to a point where you have to draw a line and have some boundaries. To the listener it might sound like this woman is cold and uncaring, but the reality is that her heart is breaking in a million pieces because there’s nothing else that she can do for her loved one. This song is pretty raw.

STEREOGUM: I’m curious about the title track bookending the album, that great gospel tune. How did that come up?

MONROE: Angaleena had the title Interstate Gospel. She said, “Guys, I have this idea to write a song about the church signs that you see when you’re driving down the road.” And both of us immediately went, “YES.”

LAMBERT: Everybody drives down the street and sees church signs. Some days they hit you right in the heart, even when you weren’t expecting it. Once we had that title and that song written, there wasn’t really a need to discuss, “Should we call the record this?” It just felt like what we were doing was preaching the truth.

STEREOGUM: There’s been a lot of important discussion about the challenges facing women in country music—lack of radio airplay and a general disregard for their creative output, in particular. As a group you seem to operate almost in defiance of that, the impression being that you’re making the music you want to make above all other priorities.

LAMBERT: We write about our stories, our friends’ stories, and the stories of the people we hear around us. All we ever hope for in creating music is that people will connect to the stories we’re singing about and feel a less alone in what they’re going through. That is the goal. We hope that radio comes on board and supports us in getting these stories to more people, but for us, the music always starts from a place of writing what we know and telling our truth.

STEREOGUM: On the other hand, this year in particular it feels like women have the greatest potential for crossover. How do you feel about the idea of this album reaching non-country ears?

LAMBERT: Like I just said, we want just want to connect with people, tell our truth and make music that we’re proud of. We talk about real life in our music and people can relate to that, no matter what genre they listen to. We all grew up on country music and so we love the thought of this record introducing people to a genre that is so important to us.

Interstate Gospel is out now via RCA Nashville. 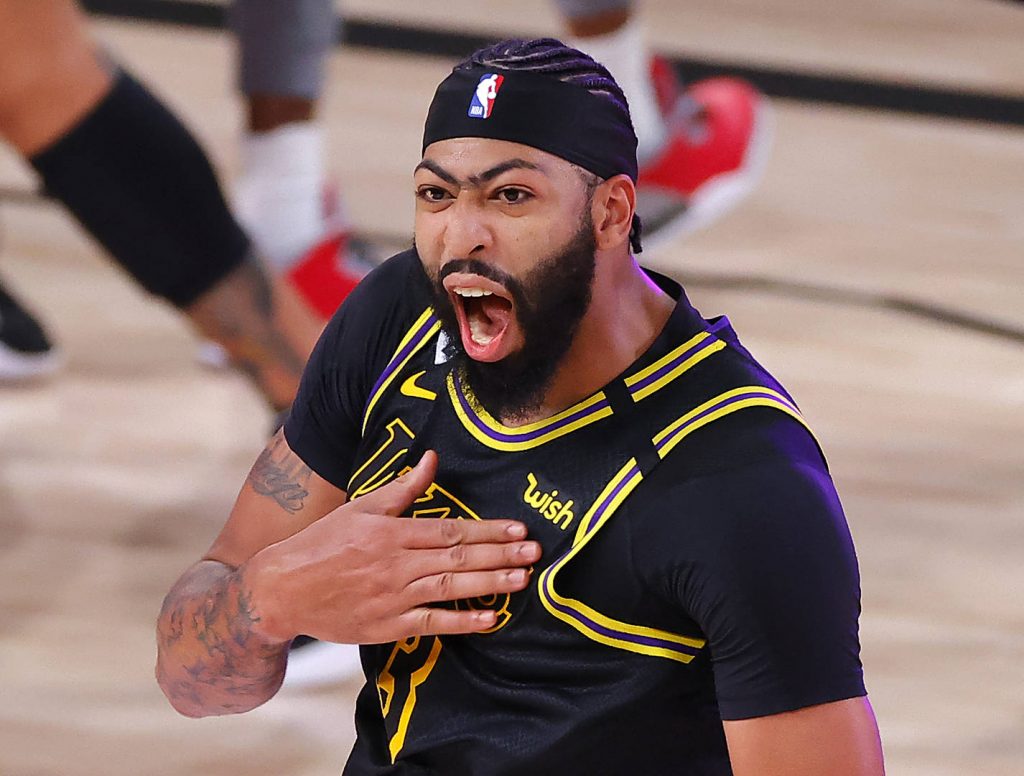 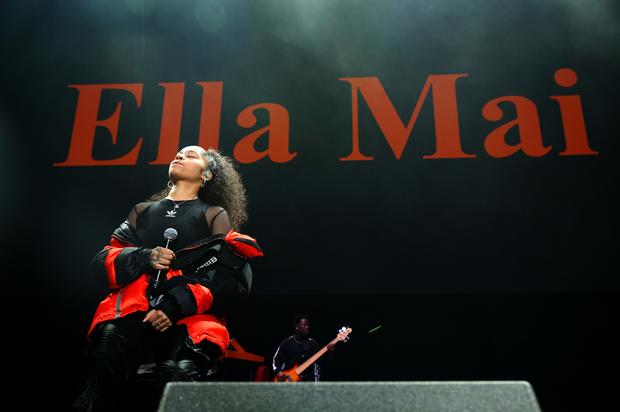 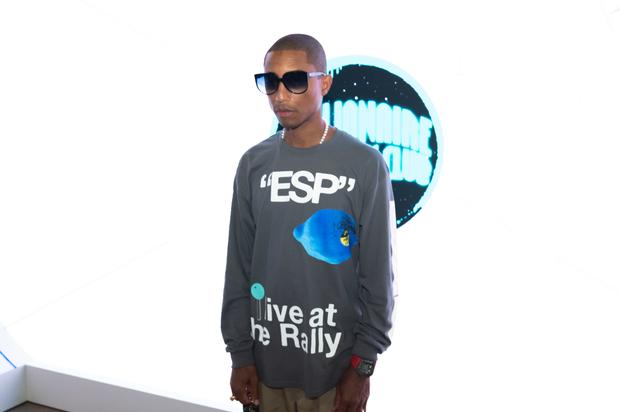