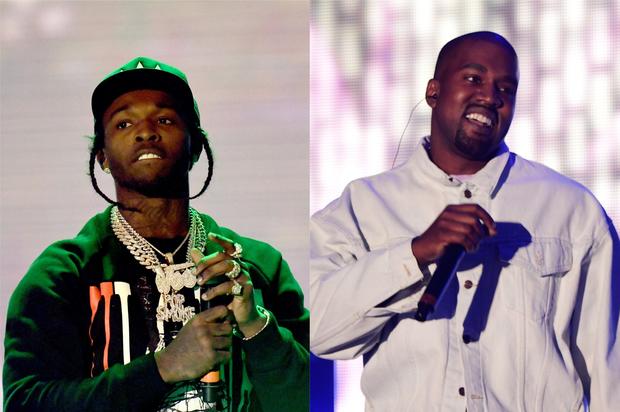 It’s “Fire Emoji” time once again, and this week, we’ve got plenty of new music to keep you satisfied. The major highlight of the week has, of course, been Pop Smoke‘s posthumous album, Shoot For The Stars Aim For The Moon, which dropped on Friday (July 4th). While it’s definitely heartbreaking to listen Pop’s new music knowing he’s gone, the late rapper and his team more than delivered with this album, and we’ve decided to show love to three different tracks: The 50 Cent and Roddy Ricch-assisted “The Woo,” along with “Gangstas” and “Got It On Me.”

Speaking of major releases, Kanye West also came through with the first single off his upcoming album, God’s Country, to kick off his new era. You’ll find the Travis Scott-assisted “Wash Us In The Blood” on “Fire Emoji,” along with one of the highlights off Gucci Mane‘s rebranded label’s compilation album, Gucci Mane Presents: So Icy Summer—”Rain Shower” featuring Young Thug. Check out the rest of our latest additions, including new joints from Moneybagg Yo, Tory Lanez, A Boogie, and more below.

We'll Bite: Examining Hip Hop Twitter's Latest Obsession With 'The Glizzy' | HipHopDX Subscribe Subscribe To DX Newsletter Get the most important stories in Hip Hopstraight to your inbox Thank You! Thank You! Thank You!You’re Far Too Kind To complete the subscription process, pleaseclick the link in the email we just sent you. Joining Newsletter Source link