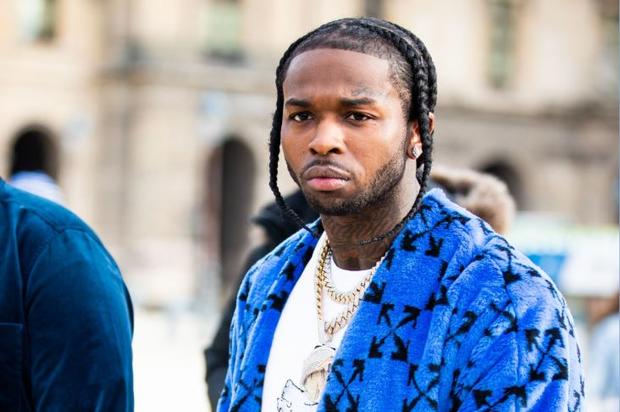 Pop Smoke’s death was a shock to the world, and “TMZ” reports that the rapper’s East Coast loved ones have made their way to L.A.

Social media may be calling for a boycott of TMZ over more claims that they’ve been reporting on deaths prior to loved ones being notified, but that hasn’t stopped the outlet from delivering their news. TMZ is known for sharing breaking news of celebrity deaths before any other outlet, and recently, they caught backlash after investigators publicly stated that TMZ shared news of Kobe Bryant’s death prior to investigators notifying family members. The outlet was also the first to share details about Pop Smoke’s murder, and his good friends have criticized the site, saying they had to read about the rapper’s death on social media.

Even so, TMZ returns with another update about the investigation into the home invasion that took the life of the Brooklyn rapper. According to the publication, their “family sources” have shared that Pop Smoke’s East Coast loved ones are making their way to Los Angeles to fully immerse themselves into the investigation.

“Our family sources say they had no clue that Pop Smoke had any enemies in L.A.,” TMZ wrote on Friday (February 21). “They also don’t believe someone would have followed him from New York to L.A. Since he spent so much time on the East Coast, if someone there wanted to harm him, they would have done it there.”

TMZ also reports that family members have taken it upon themselves to personally question witnesses and friends of Pop Smoke’s who were allegedly at the Real Housewives of Beverly Hills star Teddi Mellencamp’s Hollywood Hills rental property just prior to the fatal shooting. We previously shared that there is reportedly surveillance footage that seems to support the theory that Pop Smoke was targeted in the shooting and that the incident may not have been a robbery at all.