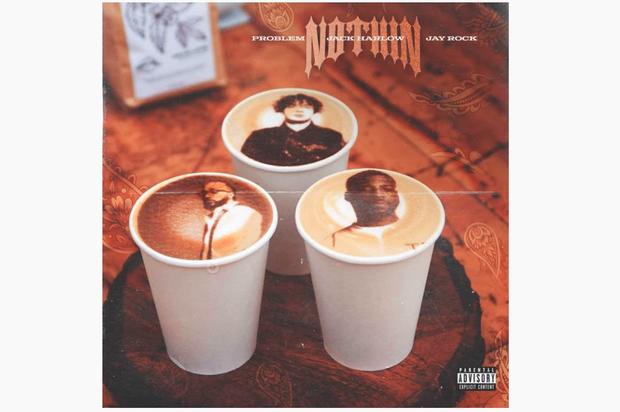 Straight out of the gate, “Nothin'” is a banger. Back in May, Problem gave us Coffee And Kush Vol. 1 and it’s said that he’s been diligently working on the second installment of the series. While fans wait on more information regarding that project, the Compton emcee has delivered a fresh single, “Nothin’,” featuring sounds from beloved Top Dawg Entertainment artist Jay Rock and rising star Jack Harlow. “Nothin'” gives laid back energy, but that can be attributed to its head-bobbing production and Harlow’s sly delivery on the verse-like chorus.

Earlier this year, Problem shared A Compton Love Story while Jack Harlow has been making a name for himself with his increasingly popular “What’s Poppin'” that’s taking over social media. Who we haven’t heard much from is Jay Rock who continues to promise fans that he’s carefully working on his forthcoming, untitled project—a record that will be his first studio album since 2018’s Redemption. While we wait, stream “Nothin'” by these three rappers and let us know who stole the spotlight.

I’m ’bout to heavy bag this sh*t
Lock a n*gga state to state with a bag of bricks, he know
Possible he could get cracked with this
But I’m on my midnight train, on my Gladys sh*t
He thought get it brackin’ for my establishment
Under full-court pressure, fade back and swish

New Music Friday - New Albums From Internet Money (w/ Future, Gunna, Juice Wrld), The LOX, Jaden Smith & More | HipHopDX Subscribe Subscribe To DX Newsletter Get the most important stories in Hip Hopstraight to your inbox Thank You! Thank You! Thank You!You’re Far Too Kind To complete the subscription process, pleaseclick the link in the email we just sent you. Joining Newsletter Source link