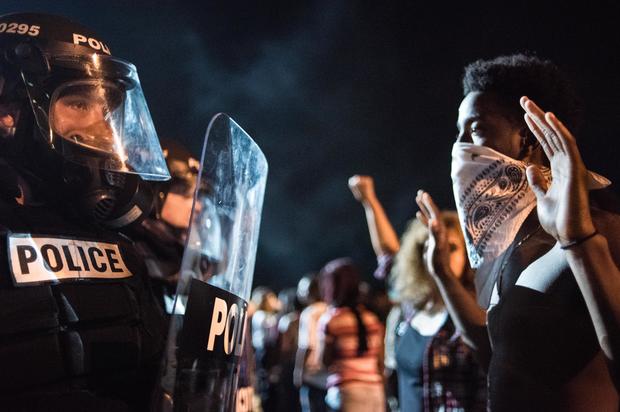 The 18-year-old was reportedly killed on Wednesday (September 2) afternoon.

When we reflect on 2020 years from now, one thing that the year will be known for is its long-running protests. Globally, people have continued to take to the streets of their prospective cities as they raise awareness about police brutality, inequity, inequality, and social justice issues. Some protests have been peaceful; others have turned into all-out disruptive riots complete with looting and destruction. On Wednesday (September 2) in Washington, D.C., things turned up after a Black man named Deon Kay was reportedly shot and killed by police.

According to The Washington Post, police stated that they arrived on the scene after receiving a call about a man brandishing a gun while confronting people inside of a vehicle. Two people reportedly ran away from the man, “one of them displayed a firearm and an officer fired in response.” Bodycam footage is said to show officers walking up to a vehicle before giving chase. According to officials, the footage clearly shows 18-year-old Deon Kay pulling out a firearm as officers approached. Police say Kay was shot in the chest and died from his injuries. The police department reportedly plans on releasing the body camera footage as soon as Thursday (September 3) so there is no misconception about the circumstances surrounding Kay’s death.

However, TWP reports that witnesses at and near the scene have “questioned the police account.” Some people have stated that Kay was shot in the back, causing confusion about the events. On Wednesday evening, people began surrounding the police station as they shouted for officers to give them answers. Soon, “#JusticeForDeon” began trending online.