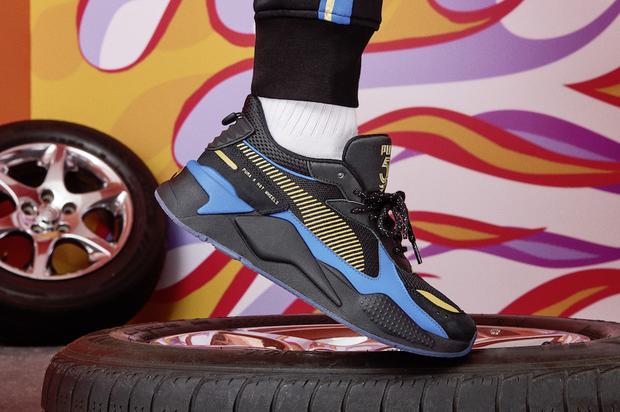 In celebration of Hot Wheels’ 50th anniversary, Mattell has teamed up with PUMA for a few special edition colorways of the all-new PUMA RS-X silhouette. Among the kicks slated to release as part of the PUMA x Hot Wheels collab is the “Bone Shaker” rendition which draws inspiration from the celebrated toy car released in 2006.

Conceived in 1968 by an innovator, a rocket scientist and a car designer, Hot Wheels 1:64 scale die-cast cars were designed to look awesome and perform. Five decades later, the brand has evolved from a simple, yet beloved, toy car with orange track system into a global franchise powerhouse that offers fans of all ages multi-channel play experiences.

Fusing the new RS-X extreme reinvention sneaker design with the iconic toy cars, it perfectly ties together the Hot Wheels challenger spirit with PUMA’s legacy of redefining sports style with forward-thinking approach to design and technology. PUMA has also recently announced a special edition Transformers RS-X collection, in addition to the “Sonic The Hedgehog” RS-0 collection that dropped in June. 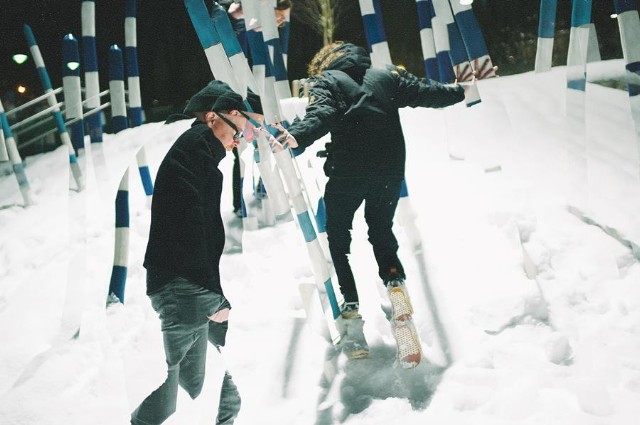 We named Norwegian rock band Spielbergs a Band To Watch back in April on the strength of their fiery and invigorating Distant Star EP. Today, we’re happy to report that you won’t have to wait much longer for another dose of their contagiously bombastic “WHOA-OH!” guitar music. The Oslo trio’s official debut album is out this winter, and its lead single is here today to send your adrenaline racing once […]