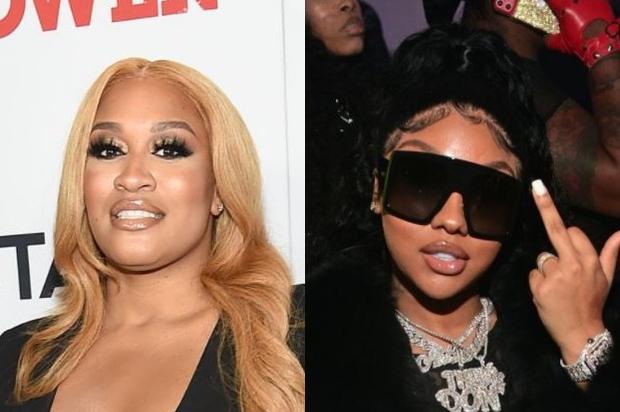 Rah’s company received the note from Ari’s attorney months after the two women had a fight on social media.

The feud between Rah Ali and Ari Fletcher has recently reignited. It was back in September 2020 when these two exchanged salty words on social media, even escalating with Ari telling her foe, “Rah I will beat the baby out yo ass b*tch find you somebody 40 and up to pay with hoe.” Ali was pregnant at the time with her rainbow baby and Ari received pushback from the public about that remark.

Days later, Rah Ali returned with an explosive accusation that Ari was cheating on Moneybagg Yo and she made sure to post her opinion on her blog, OnSite. The animosity between the two women has been unrecognized over the last few months, but it reappeared recently after Rah used her blog’s Twitter account to share that she’d been contacted by Ari’s attorney.

The cease and desist letter was to curb Rah from using photos of Fletcher, and she vocalized her surprise, especially considering their previous verbal exchange. “Not THE BIG BAD WOLF running to the law,” Ali tweeted. “Not the b**** that tells MF’s she’s gone beat they baby outta them calling for help. NOT Ms. ‘You Better Hug Your Baby Tight Tonight’ calling the man for help. THIS HOW I KNOW YOU SAT DOWN WITH THEM PROSECUTORS AGAINST HERBO.”

‘Beat Box’ Rapper SpotemGottem Dismisses Snitching Allegations With Ease But Where Did Popp Hunna Go? | HipHopDX Subscribe Subscribe To DX Newsletter Get the most important stories in Hip Hopstraight to your inbox Thank You! Thank You! Thank You!You’re Far Too Kind To complete the subscription process, pleaseclick the link in the email we just sent you. Joining Newsletter Source link