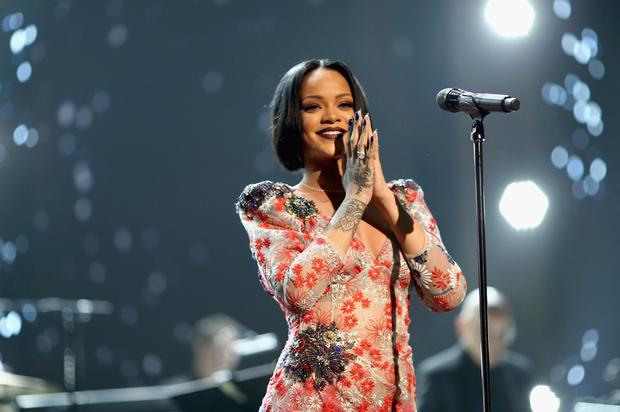 Rihanna officially has more slaps than The Beatles and JAY-Z after charting on the Billboard Hot 100 With PARTYNEXTDOOR on “Believe It.”

For the first time in four years, Rihanna is present in a new song. It was a long time coming — and she only says about five words — but the Navy couldn’t be any more pleased with her contribution to PARTYNEXTDOOR’s new song “Believe It” on his album PARTYMOBILE. It turns out that her first new musical credit in almost half a decade was all she needed to make history, passing The Beatles and JAY-Z to make some chart history this week.

According to Chart Data, Rihanna has officially charted on the Billboard Hot 100 in three separate decades. With “Believe It” debuting just outside of the Top 20, Rihanna has appeared on the Hot 100 in the 2000s, the 2010s, and the 2020s. In addition to this feat, she simultaneously becomes the tenth artist to ever earn over fifty hits in the Top 40. She has effectively passed The Beatles and JAY-Z in the rankings.

With much more in the plans for this year — an album, maybe??? — Rihanna is just starting to hit her peak. The superstar from Barbados has been focusing on her fashion line, her make-up offering, and her other business ventures, nearing billion-dollar status and impressing the world with her major mogul moves.

Congratulations to Rihanna on a successful return to music. Here’s hoping this influences her to drop R9.

Jeezy Just Popped The Question To 'The Real' Co-Host Jeannie Mai | HipHopDX Subscribe Subscribe To DX Newsletter Get the most important stories in Hip Hopstraight to your inbox Thank You! Thank You! Thank You!You’re Far Too Kind To complete the subscription process, pleaseclick the link in the email we just sent you. Joining Newsletter Source link