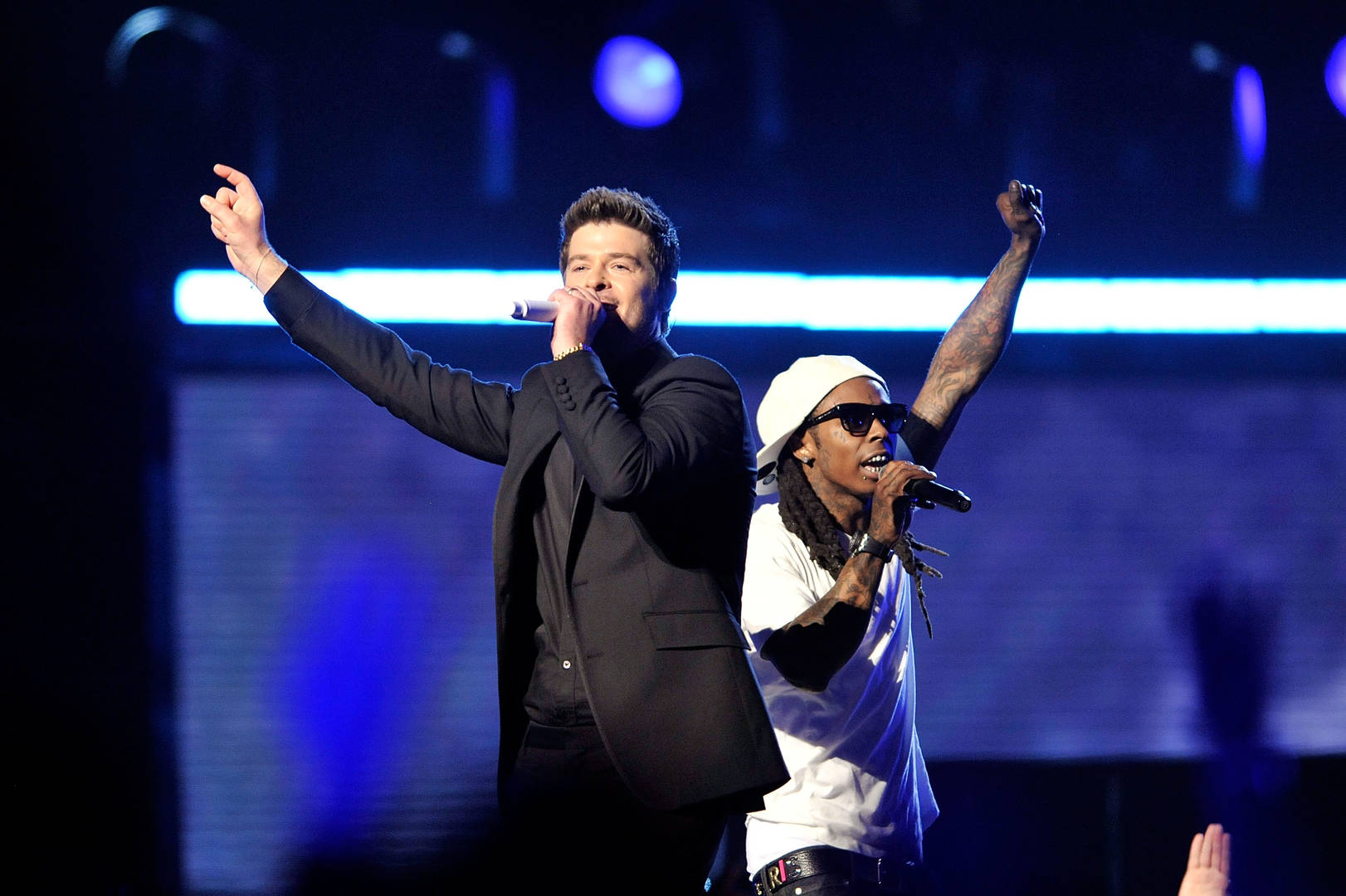 The singer witnessed a bank robbery when he was a teen & wrote a song about it for his debut album, & later, Weezy used it for “Tha Carter II.”

The strangest of occurrences in real life often make for the best creative inspirations, and Robin Thicke‘s experience in being a bank robbery victim spawned a hit. In 2003, a twenty-something Thicke released his debut album A Beautiful World, and included on the tracklist was a song titled “Oh Shooter.” Three years later, Lil Wayne would use the track for his song “Shooter” featured on Tha Carter II. Thicke visited The Kelly Clarkson Show yesterday (March 1) where he discussed how he penned the song about enduring a bank robbery years earlier as a teen and explained why he wasn’t as frightened as he probably should have been.

“When I was around 18-years-old, there was a crazy story that took place where I was in the bank getting some cash for a weekend vacation and the bank got robbed,” explained the singer. So, these two guys came in with masks, automatic weapons, and told everyone to get down on the ground. And so, I ended up writing this whole song about my experience going through a live bank robbery, and years later, Lil Wayne ended up doing a verse on it and put it on his album, and he won a Grammy on that album, actually.”

Clarkson couldn’t get over how Thicke relayed his story with ease. “It was a little traumatizing, however, once it was over, I was okay with it,” he said. “It reminded me of the movies. It seemed kind of surreal at the time. I didn’t really feel threatened as much as I did, like, ‘Wow this really does look like a movie.'” Thicke believes he has figured out why he wasn’t as affected as some think he should have been.

“It was probably because [the theives] were very young. They seemed like they were 19, 18-years-old kids,” said Thicke. “They looked just like my friends, dressed up in masks, you know what I mean? I didn’t see these big muscular, adult men. I saw like, two slim teenage men come in and they looked like my buddies.”

Check out his clip, and the music video for “Shooter,” below.