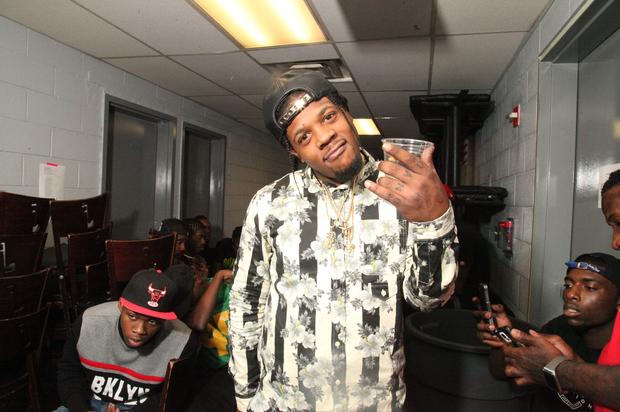 Rowdy Rebel shuts down the supermarket to take care of his neighborhood during the holiday season.

Rowdy Rebel is officially home. News surfaced yesterday of the rapper’s release from prison after being locked up for a few years alongside Bobby Shrmuda. And with his return, he certainly made sure to make a statement. The rapper came home to a new chain and then immediately touched the studio with Funk Flex debuting his “First Day Out” freestyle over the weekend.

There’s been a lot of celebration for Rowdy over the past few days as he basks in his newfound freedom. However, he’s still making sure to give back to his community in whatever way possible. This time of year can be hard but the weight of the pandemic has taken a financial toll on many households. Rowdy hit the ‘Gram where he was outside of a local supermarket where he revealed that he was buying groceries for everybody with a budget of $200K.

“I brought like 200 bands out for the people,” he said before pointing a camera to a line-up of individuals outside of the supermarket. “We gon’ blow the bag today/ we gon’ blow a hunnid bands on everybody in the hood,” he continued with a rap cadence to his speech.

Following Rowdy’s release from prison, he took to the streets of NY where he asserted himself as the “real King of New York.” Clearly, he’s putting his money where his mouth is.

Check out the clip below.

E-40 Verzuz Too $hort Attracted Millions Of Viewers To Bay Area Hip Hop | HipHopDX Subscribe Subscribe To DX Newsletter Get the most important stories in Hip Hopstraight to your inbox Thank You! Thank You! Thank You!You’re Far Too Kind To complete the subscription process, pleaseclick the link in the email we just sent you. Joining Newsletter Source link