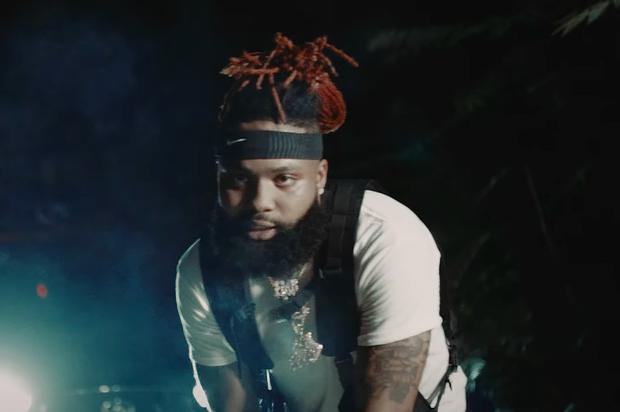 There really isn’t any stopping Sada Baby. As the streets declared him the next up, his plans for his breakout year were stunted by the coronavirus pandemic. But if there’s one thing we can learn from Sada Baby, it’s that you just have to keep working. Even with the release of Skuba Sada 2 and its deluxe edition, as well as Bartier Bounty 2, the rapper has continued flooding the streets with new music and visuals. In the past few days, he dropped a few loosies including “Weezo” that he unleashed just a few hours ago. The rapper tackles dark production with a sense of urgency.

Check out Sada Baby’s latest single, “Weezo” below and keep your eyes peeled for more new music from the Detroit rapper.

Quotable Lyrics
Make a pretty bitch put it on my mustache
Bust a nut on that pussy, make it bust back
We ah move some shit for cheap like a bus pass
Beat the block like the tables at lunch time (Grind-ing)
I’m for real with the slow grind
Like Assata, so real with the program

JAY-Z & Roc Nation Launch School Of Music With Brooklyn’s Long Island University | HipHopDX Subscribe Subscribe To DX Newsletter Get the most important stories in Hip Hopstraight to your inbox Thank You! Thank You! Thank You!You’re Far Too Kind To complete the subscription process, pleaseclick the link in the email we just sent you. Joining Newsletter Source link