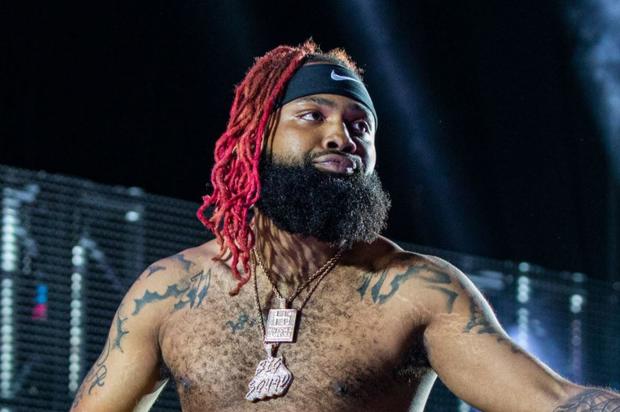 The 2020 NBA Draft put Sada Baby in a bad mood, so he decided to get a few things off of his chest. Naturally, the Detroit artist is a diehard Pistons fan but he wasn’t too happy with the outcome of the team’s choices. He took to Instagram to share a few thoughts about the chosen rookies, and while he was sharing videos, he decided to take aim at women in the industry who have moved from provocative careers to the music game.

Sada Baby didn’t give any examples in The Neighborhood Talk‘s clip, but that doesn’t mean that people didn’t storm the comments to discuss the possibilities. There have been a number of women who have moved from jobs like glamour modeling or stripping to music and have become successful, chart-topping artists, especially in rap, so let us know who you think Sada Baby was talking about. Check out his rant below.

Gucci Mane Says Verzuz Is Off If Jeezy Dresses Like His 'Recession 2' Album Cover Art | HipHopDX Subscribe Subscribe To DX Newsletter Get the most important stories in Hip Hopstraight to your inbox Thank You! Thank You! Thank You!You’re Far Too Kind To complete the subscription process, pleaseclick the link in the email we just sent you. Joining Newsletter Source link