Safaree & Erica Mena Unfollow Each Other, May Have Broken Up: Report 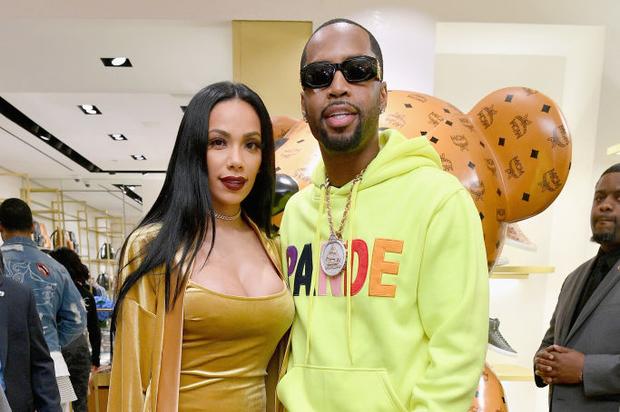 Safaree Samuels and Erica Mena may have broken up after fans realize that they are no longer following each other on social media.

Erica Mena and Safaree Samuels may have broken up as it’s being reported that the couple has unfollowed each other on social media.

Just a few months ago, the two influencers were promoting their exclusive content on OnlyFans, raking in some extra cash during the pandemic, but it looks like there may have been some trouble in paradise causing them to take a break from each other online.

It’s never a good sign when you see that mutual unfollow. Generally, it can only mean one of two things. Either a split is on the horizon or it’s already happened.

According to The Shade Room and Bossip, they both decided to stop following one another on IG, and Erica Mena may be sending subliminal shots to Safaree.

In her latest post, where she wades in the pool with her children, Erica writes: “MY Kids. This is what my life is about! Priorities be really fucked up for some people. Blessed I’m not one of those idiots.”

She also recently retweeted a post about cutting ties with people that don’t appreciate her, saying that that’s her “toxic trait”.

Meanwhile, Safaree has been playing it cool on social media, posting a picture of himself in the mirror, flexing his abs and preaching some fitness motivation.

The one thing that’s keeping people hopeful is that Erica still has “Samuels” as her last name on Instagram. Maybe she just forgot to remove it though?

Do you think we could be witnessing the end of the Love & Hip Hop couple?

Post Malone Leads 2020 Billboard Music Awards Nominations With 16 | HipHopDX Subscribe Subscribe To DX Newsletter Get the most important stories in Hip Hopstraight to your inbox Thank You! Thank You! Thank You!You’re Far Too Kind To complete the subscription process, pleaseclick the link in the email we just sent you. Joining Newsletter Source link