Scottie Pippen Describes Being Followed By Cameras For Bulls Doc 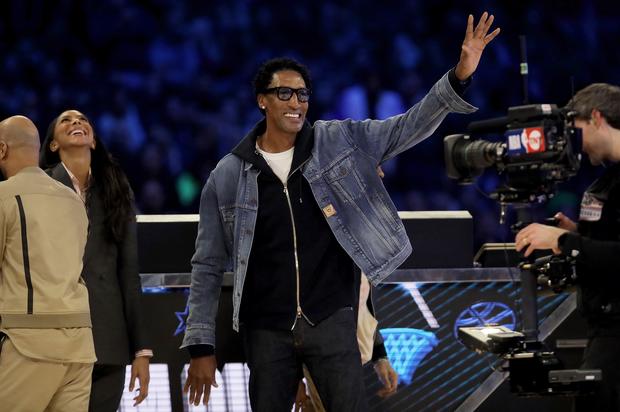 Scottie Pippen got to play numerous seasons with Michael Jordan and knows exactly what it was like to be in his presence. Later this month, Jordan and the rest of his Bulls teammates will be the subject of a 10-part documentary called “The Last Dance” which will be aired by ESPN. The documentary follows the 1997-1998 Bulls who were looking to complete their second three-peat in the span of eight seasons.

There was a lot of turmoil surrounding this team at the time and this doc is supposed to showcase the trials and tribulations of a team that has become just a bit too comfortable with winning all of the time. Pippen was recently on ESPN’s The Jump where he was asked by Rachel Nichols about what it was like being followed by the cameras. As he explained, it was actually an incredible experience.

“Well, I mean it was awesome Rachel,” Pippen said. “For me, it was really everything coming to a head for us. A great run through the 90s. Dennis [Rodman] had came and joined us the second half of that run. That part was really the more special part because we were the best team in basketball for a long time and no one knocked us off. So, knowing that was the end of our run and that we had to end it that way. We made it very special and we wanted to end it with a championship.”

The documentary will officially be airing on April 19th so if you’re a basketball fan in desperate need of some entertainment, we highly recommend watching this.

Problem Drops 'A Compton Story' Short Film Narrated By Mike Epps & Produced By TDE’s Punch | HipHopDX Subscribe Subscribe To DX Newsletter Get the most important stories in Hip Hopstraight to your inbox Thank You! Thank You! Thank You!You’re Far Too Kind To complete the subscription process, pleaseclick the link in the email we just sent you. Joining Newsletter Source link