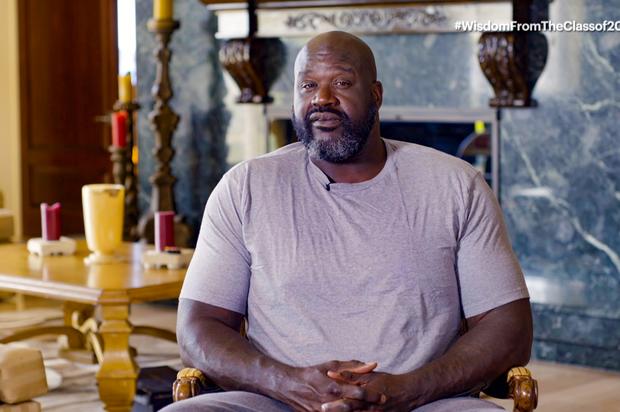 Shaq had to make fun of Charles Barkley for his insane hot take.

Charles Barkley found himself in a predicament earlier this week as he claimed that if the Portland Trail Blazers defeat the Los Angeles Lakers in Game 1, they would go on to sweep the entire series. It was a pretty wild hot take that had all of NBA Twitter in a panic. Of course, Barkley was proven wrong fairly quickly as the Los Angeles Lakers won Game 2 very convincingly by upwards of 23 points. It was a huge win for the team and it was proof that the Lakers can still play at a high level despite their troubles in the bubble.

After the Lakers game last night, the NBA On TNT crew had a ton of fun at Barkley’s expense, particularly Shaq who made sure to rub the Blazers’ loss in Barkley’s face, extra hard. In the clip below, Shaq takes out the brook Barkley was using just a few nights prior and snaps it in half as a symbol of how the sweep isn’t going to happen.

Barkley didn’t feel too bad about the ordeal as he simply laughed off Shaq’s gesture. Although considering these two have a history, it wouldn’t be surprising if Chuck felt a certain way, deep down.

As we progress through the playoffs, we will be sure to see even more bizarre hot takes from the likes of Barkley. To be honest, we can’t wait to see what he wrongly predicts next.