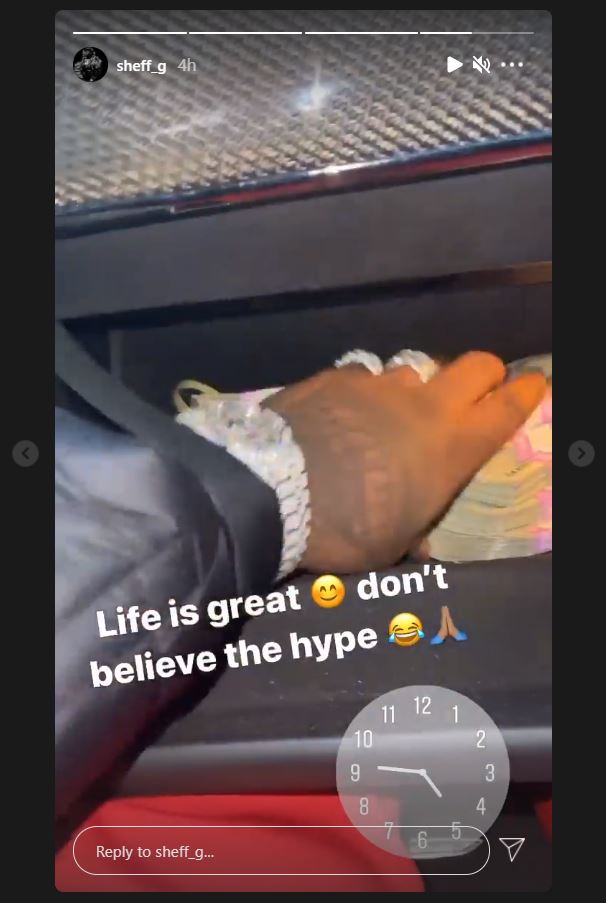 After the news of his charges surfaced, the 22-year-old rapper told fans, “Don’t believe the hype.”

A new report suggested that Sheff G was looking at a set of legal troubles following a traffic stop, but the rapper took to Instagram to share that life is going well. The New York Post shared a report earlier today (January 22) stating that the rapper ran into trouble after officers stopped him for making an illegal U-Turn. Sheff G, real name Michael Williams, was also accused of driving without a front license plate, and during the traffic stop, officers decided to search the rapper’s vehicle.

It was then that they allegedly located a loaded .45-caliber firearm “in a hidden compartment in the car.” The 22-year-old rapper was reportedly charged with “three counts of criminal possession of a weapon and two traffic violations,” according to court documents. The Brooklyn artist was reportedly taken into custody and has since posted his $35,000 bond. Sheff’s attorney, Mitchell Elman, issued a brief statement insisting that he will do what is needed to clear the rapper of the charges.

“We will vigorously defend these charges,” said Elman. “I have no further comment at this time.” Meanwhile, on Sheff’s Instagram Story, he published a video of a few stacks while showing off his iced out rings and watch. “Life is great,” he wrote over the clip. “Don’t believe the hype.”

‘Onna Come Up’ Rapper Lil Eazzyy Celebrates Atlantic Records Signing With ‘Big Dog’ Video | HipHopDX Subscribe Subscribe To DX Newsletter Get the most important stories in Hip Hopstraight to your inbox Thank You! Thank You! Thank You!You’re Far Too Kind To complete the subscription process, pleaseclick the link in the email we just sent you. Joining Newsletter Source link