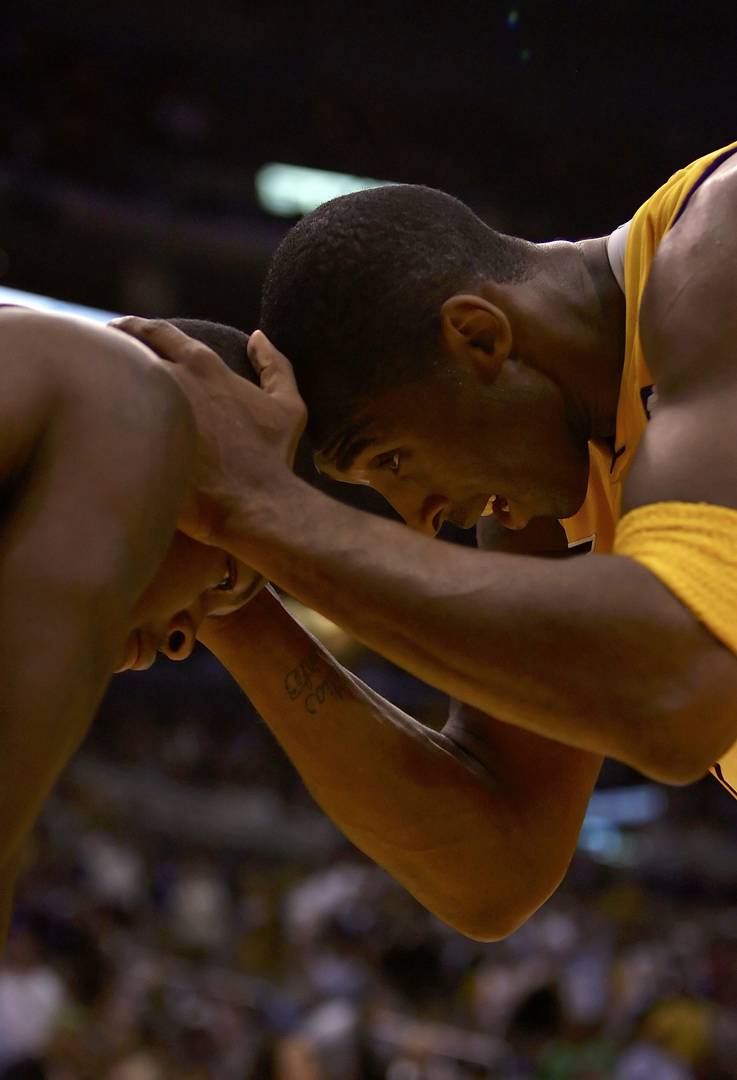 Reconcile before it’s too late.

A day after it was revealed that four victims in the helicopter crash that took the lives of nine people were identified through fingerprints, the medical examiner’s office has reportedly released a statement sharing that everyone is now accounted for. “Through the use of DNA and fingerprints, the Los Angeles County Department of Medical Examiner-Coroner has identified all nine of the victims who died in a helicopter crash on Sunday,” a statement released Wednesday (January 29) read according to Radar Online.

“On Tuesday body examinations were performed on all nine decedents,” they continued. “Their causes of death were certified as blunt trauma. The manner of death was certified as an accident.” Kobe Bryant (41), Gianna Maria-Onore Bryant (13), John Altobelli (56), Keri Altobelli (46), Alyssa Altobelli (14), Sarah Chester (45), Payton Chester (13), Christina Mauser (38), and Ara Zobayan (50) all tragically lost their lives in the harrowing crash.

Many of Kobe’s loved ones have come forward to express their deep grief, from his wife Vanessa Bryant who, on Wednesday (January 29), broke her silence about the loss of her husband and daughter, to the basketball stars’ NBA pals who continue to reconcile with his death. TMZ recently spoke with Smush Parker, Kobe’s former Los Angeles Lakers teammate, who regrets the strained relationship they had over the years.

“I was hoping for an opportunity to really sit down or for our paths to cross so we could physically and verbally have a dialogue,” Parker stated. “There was a lot of underhanded shots that were fired from both directions and I just…It’s unfortunate that I’m not gonna be able to get that opportunity now. If I could verbally speak to him, I would verbally apologize to him. Being able to look a man in his eyes and say—take into account his own faults for an issue is the greatest thing a man can do for another man. To look a man in his face and say, you know what, I was wrong and I’m sorry.”

Back in 2009, Smush said in an interview that playing alongside Kobe on the Lakers was an “overrated” experience. Later, Kobe would reportedly say, “Smush Parker was the worst. He shouldn’t have been in the NBA, but we were too cheap to pay for a point guard. We let him walk on.” The verbal jabs left a lasting impact in the division between the former teammates, and it’s something that Smush now wishes he could have reconciled before it was too late.

Smush reminisced on better times with himself and Kobe before sharing that he hopes to attend the funeral where he can pay his respects to the fallen basketball icon. Watch his clip in full below.

Queen & Slim: Lil Baby Goes On The Run In 'Catch The Sun' Video