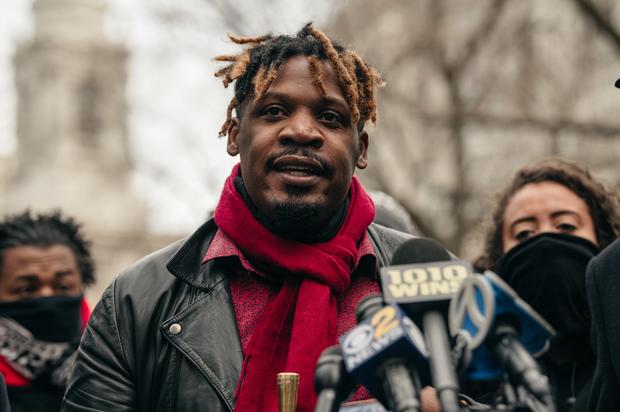 Her lawyer claims that the incident involving Keyon Harrold’s son wasn’t race-related & her client, Miya Ponsetto, was just “a scared girl alone in a city.”

In late December, Grammy Award-winning jazz musician Keyon Harrold Jr. and his 14-year-old son were minding their businesses at the Arlo Hotel in New York City when 22-year-old Miya Ponsetto accused the teen of stealing her cell phone. The incident was captured on video as the hotel manager seemingly takes sides in the incident and defends Ponsetto as Keyon is heard telling the woman, dubbed “SoHo Karen,” that she’s wrong. Ponsetto insisted that the teen stole her phone and repeatedly lunged at him before unleashing her physical attack.

Ponsetto ran and tackled the teen as she tried to snatch the phone out of his hand. She was quickly pushed out of the way and it’s reported that Keyon’s son sustained scratches. TMZ reports that after over a week of waiting, she was arrested in Los Angeles and is looking at an attempted robbery charge. Meanwhile, Ponsetto’s attorney, Sharen Ghatan, told NBC News that the incident wasn’t race-related.

“Miya is young, She let her emotions get the best of her. That phone could have been in hand of 90-year-old grandma, an Asian person… Someone Black or blue. It wasn’t a race-related issue. Things took a life of their own,” said Ghatan adding that Ponsetto “not a young lady of privilege” because she works “nine-to-five at a typical place.” Ghatan also made sure to mention that Ponsetto is of Puerto Rican descent.

“She was a scared girl alone in a city she doesn’t know and lost her one point of contact for her numbers. She lost her mind for a hot minute. She is sorry,” Ghatan said. The hotel incident involving Ponsetto resulted in an Uber driver returning her phone as she accidentally left it inside their vehicle. According to Keyon, she never apologized for the verbal and physical altercation and just left the scene.

Watch the assault below.

Saweetie & Doja Cat Go Naked Cliff Jumping In Bougie 'Best Friend' Video | HipHopDX Subscribe Subscribe To DX Newsletter Get the most important stories in Hip Hopstraight to your inbox Thank You! Thank You! Thank You!You’re Far Too Kind To complete the subscription process, pleaseclick the link in the email we just sent you. Joining Newsletter Source link