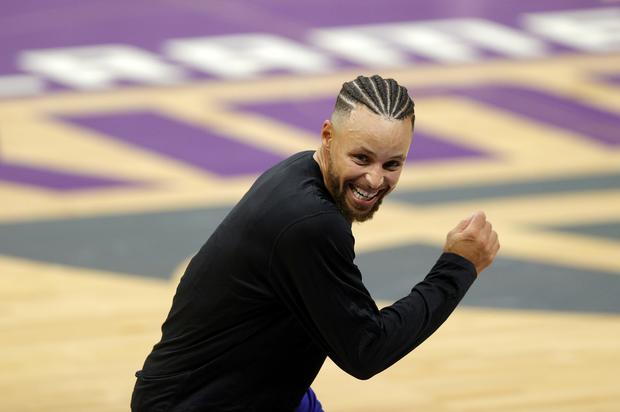 Steph Curry was feeling E-40’s moves during his “Verzuz” battle.

If you’re from the Bay Area, last night was pretty historic as two of its most celebrated rappers, E-40 and Too Short, took part in a “Verzuz” battle for the ages. While many are fairly split on who won, all that matters is that the Bay Area was well represented. For some, it’s an area that simply doesn’t get enough but last night, it was celebrated to the highest degree, which is a big win for the culture. The battle had a budget of $500,000 and fans were subjected to a dope set as well as some wardrobe changes from Too Short.

Of course, E-40’s dance moves ultimately stole the show as numerous clips went viral on social media. Fans were impressed with the moves and as it turns out, so was Golden State Warriors star Steph Curry, who dressed up as E-40, and did his best impersonation on social media. As you can see in the clip below, it was quite good.

As they say, imitation is the greatest form of flattery and it’s clear that Steph was simply paying homage to such a big legend. As someone who has lived in the Bay Area for a while now, Steph understands just how much E-40 and Too Short mean to the area, so it’s dope to see him tap into the “Verzuz” battle in such a way.

For those curious, you can check out E-40’s dance moves, below.

Famous Dex Fans Worried About Potential Drug Overdose After Disturbing Photo Surfaces | HipHopDX Subscribe Subscribe To DX Newsletter Get the most important stories in Hip Hopstraight to your inbox Thank You! Thank You! Thank You!You’re Far Too Kind To complete the subscription process, pleaseclick the link in the email we just sent you. Joining Newsletter Source link