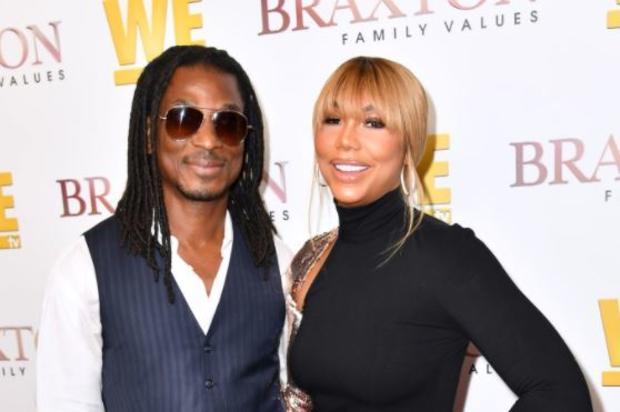 David Adefeso claims he was driving when he was assaulted & denies putting his hands on Tamar.

The last few months have been a rollercoaster for Tamar Braxton. The in-your-face singer has a big personality that has won over the hearts of fans, but behind-the-scenes, Tamar has been struggling emotionally. She reportedly attempted suicide months ago, but she recovered and thanked her family, friends, fans, and fiancé for remaining by her side. However, days ago, reports circulated that David Adefeso, Tamar’s fiancé, had filed a restraining order against her. Quickly, “sources” came forward with a story of their own, accusing Adefeso of physically assaulting the singer. Now, Adefeso has addressed those accusations on Instagram Live and he denies that he’s ever physically confronted Braxton.

“What was said about me grabbing Tamar or anybody else, it is a complete and absolute falsehood,” David Adefeso said. “I’ve never, ever, ever, and never will put my hand on a woman. Ever… I’ll speak the truth, and here’s the truth. I’ve been a victim of domestic violence, domestic assault. A blow to my neck, my jugular. That’s what carried blood to your brain. When you’re hit there, it discombobulates you. I thought I was gonna crash. It happened when I was driving fast.”

Adefeso said that he then called his mother and later learned that after he was allegedly hit, he was “being secretly recorded.” He claimed that the tapes of the recording had been distributed to his family “and other people” and that there was $30K worth of damage done to his Rolls Royce. After sharing his story, Adefeso said he couldn’t say much else because the police are involved due to the illegal recording and the damage to his property. Since the Live, Adefeso has continued to be labeled as an opportunist by Tamar’s fans, but he is adamant that he’s telling the truth. Check it out below.

Travis Scott Vows To Hook Up Cancer Patient Fan Enjoying His McDonald's Meal | HipHopDX Subscribe Subscribe To DX Newsletter Get the most important stories in Hip Hopstraight to your inbox Thank You! Thank You! Thank You!You’re Far Too Kind To complete the subscription process, pleaseclick the link in the email we just sent you. Joining Newsletter Source link