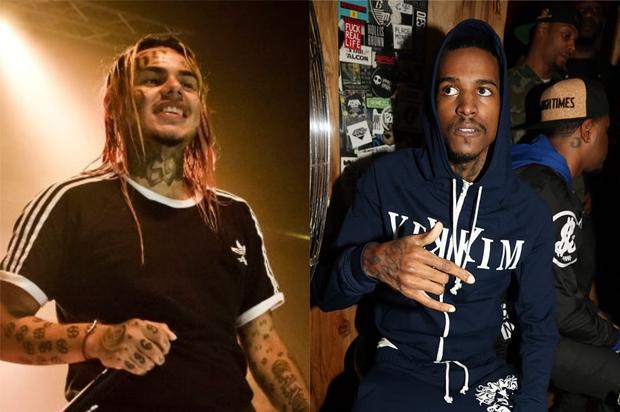 Tekashi 6ix9ine shared a video of Lil Reese getting jumped and soiling himself, prompting Reese to send a warning shot.

Tekashi 6ix9ine is playing with fire right now and the end result might not be pretty.

The highly-controversial rapper announced his new album Tattle Tales today, which is due for a release on September 4. He did so by taking a trip to Chicago and taunting the same rappers that have been spewing threats at him for years.

You may recall, Tekashi admitted to putting a hit out on Chief Keef, hiring somebody to shoot at the rapper.

Considering his reputation in the city of Chicago, it’s not a smart idea for him to be traveling over there. However, 6ix9ine doesn’t care about how “smart” something is to do. If he’ll get a reaction out of people, he’s doing it.

Touching down in Chi-Town, Lil Reese came after 69, warning him that if he doesn’t get out of dodge soon, he’s in for a rude awakening.

“You got extorted then rat on yo whole crew bitch stop playing wit me lil n***a,” wrote Lil Reese on Instagram Stories. “You whole pussy out here that same n***a got bullets holes for fuckin around I don’t trick.”

Tekashi responded by sharing an old clip of Reese getting jumped in the street, allegedly soiling himself. “I seen a video of u shitten on yourself,” wrote the troll with a sad face. He was responding to another threat that Reese had made.

“I heard you just tried to sneak on block bro lol don’t lose yo life playing on internet 69,” wrote Reese.

This is intensifying as we publish this. Keep an eye on Instagram for the latest updates.

Do you think it was a bad idea for Tekashi to travel to Chicago?

50 Cent Taps T.I. For Starring Role In New CBS All Access TV Show | HipHopDX Subscribe Subscribe To DX Newsletter Get the most important stories in Hip Hopstraight to your inbox Thank You! Thank You! Thank You!You’re Far Too Kind To complete the subscription process, pleaseclick the link in the email we just sent you. Joining Newsletter Source link