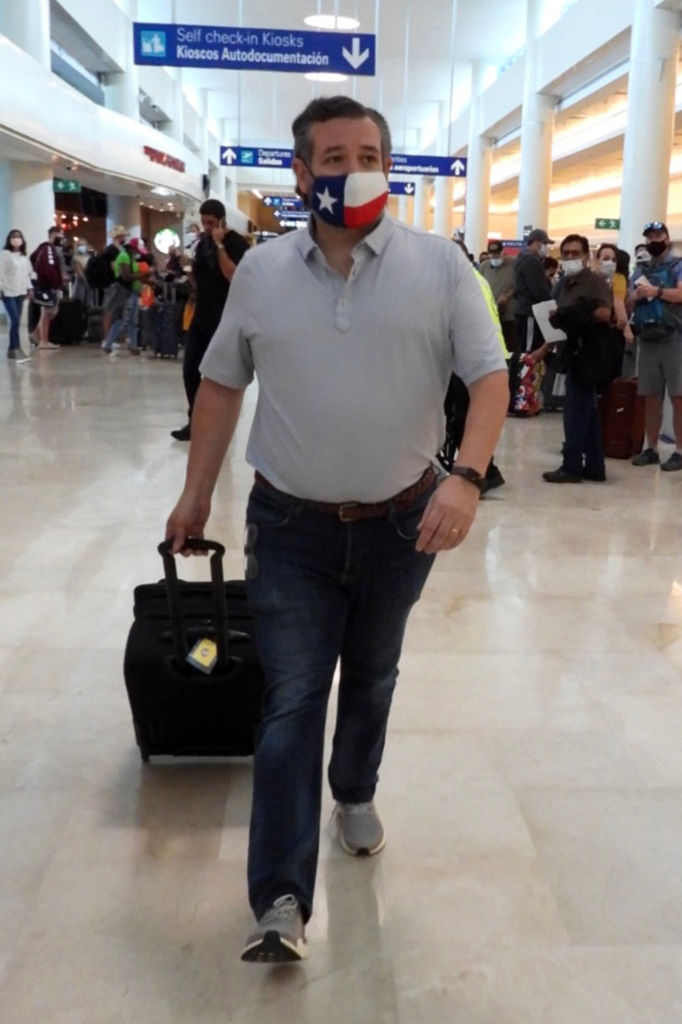 Ted Cruz explains that he flew to Cancun to drop off his daughters in the middle of a pandemic.

What does one of Texas’ most high-ranking officials do in the midst of a serious crisis? Well, he leaves the state and flies to Mexico in the middle of a pandemic, of course.

This week has been a tough one for hundreds of thousands of Texans, who have experienced power outages following a serious winter storm. At least 36 people have died as a result of the storm and its aftermath. Texas senator Ted Cruz, who should be focusing on the wellbeing of his state’s residents, decided that now was the best time to leave Texas and travel to Cancun, Mexico, being pictured at the airport as he checked in for his flight. Cruz was originally booked to return to Texas on Saturday but because of the backlash, he changed his return flight this morning. He also issued a statement on why he went to Cancun.

“This has been an infuriating week for Texans. Like millions of Texans, our family lost heat and power too,” said Ted Cruz in a statement. “With school cancelled for the week, our girls asked to take a trip with friends. Wanting to be a good dad, I flew down with them last night and am flying back this afternoon.”

“My staff and I are in constant communication with state and local leaders to get to the bottom of what happened in Texas,” he added. “We want our power back, our water on, and our homes warm. My team and I will continue using all our resources to keep Texans informed and safe.”

Way to throw your kids under the bus, Senator. Also, aren’t we not supposed to be traveling abroad during this pandemic?

His statement is understandably getting him even more flack. Hopefully, the situation improves soon in Texas. Pray for everyone affected by the storm.

Kanye West Reportedly Needs ‘A Miracle’ To Save Kim Kardashian Marriage | HipHopDX Subscribe Subscribe To DX Newsletter Get the most important stories in Hip Hopstraight to your inbox Thank You! Thank You! Thank You!You’re Far Too Kind To complete the subscription process, pleaseclick the link in the email we just sent you. Joining Newsletter Source link