Tiny Once Hired A Private Investigator To Spy On T.I. 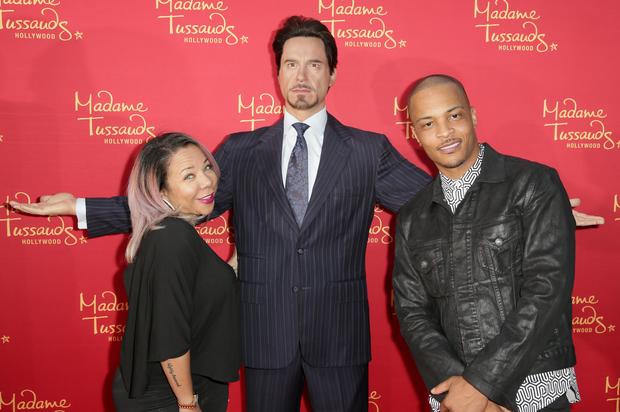 Tiny would “definitely recommend” that other women follow suit.

T.I. and Tiny have one of the most absurd relationships in the entire rap world. Having been together for so long, the couple seems to be on one week and off the next. As they have been separated for the last year and dealing with their lengthy divorce, Tiny keeps delaying the proceedings, leading some to believe she is reconsidering her marriage to Tip. One thing that may have caused the two to split up has to be infidelity and constant allegations of cheating for both T.I. and Tiny. Ever the dramatic pair as seen on their reality show, Tiny revealed some information about her marriage to the Atlanta rapper that may shock some.

The Xscape member literally hired a private investigator to follow her husband around to see if he was fooling around on the side. Tiny made the confession on Bravo’s “Kandi Koated Nights” with Kandi Burruss, noting that while it was an expensive process, she would “definitely recommend it.” Page Six reports that Harris began the investigation when she suspected Tip of cheating with several women.

During her conversation on the show, she also touched on her rumored fling with Floyd Mayweather, stating that they were simply being a little flirtatious with one another. “I didn’t have any sex. He flirted with me. I think that was fine. Everybody needs a little attention, especially if she ain’t getting it. If you ain’t giving it, she’s gonna go get it somewhere else.”

It seems a little overboard to hire a full-on P.I. to snoop around in your husband’s life but if it worked for Tiny, I guess there’s some benefit to it.

The star has lost her first child to suicide. It is reported that Tina Turner's son has passed away yesterday at the age of 59. The rockstar's son, Craig Raymond Turner, was found in his home, located in Studio City California. Authorities arrived at the location around noon and found his lifeless body. He was pronounced dead immediately on site. The cause of his death has been labeled as a suicide. Wounds […]