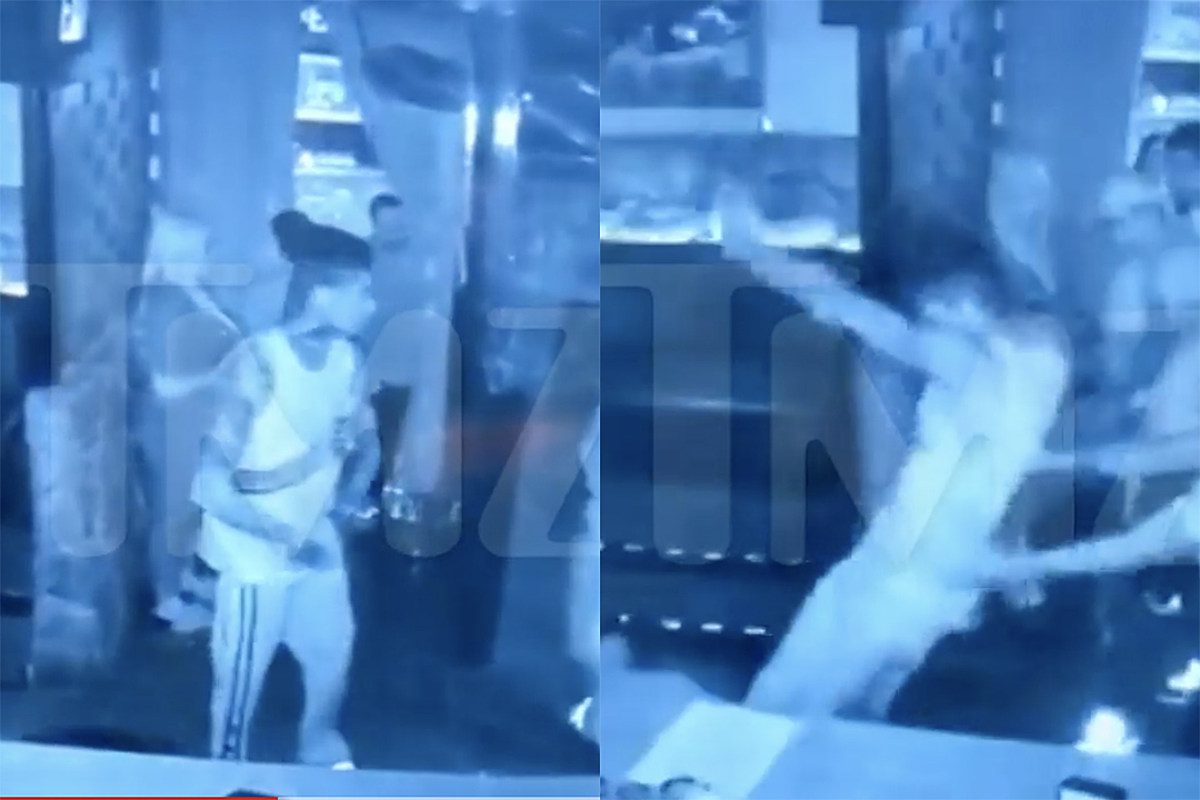 Video footage from the incident in San Fernando Valley, Calif. where Blueface was accused of attacking a club bouncer has surfaced the internet.

On Tuesday (Sept. 14), TMZ published the surveillance video, which shows Blueface and three other men jumping the bouncer on Sunday night (Sept. 12) at Skinny’s Lounge. As previously mentioned, the altercation ensued after the security requested identification from Blueface, which he didn’t have on him. The rhymer reportedly attempted to Google himself to show that he’s famous, but that wasn’t sufficient for the bouncer.

In the footage, a man that is accompanying the California rapper throws the initial punch at the bouncer, followed by additional blows. Blueface is seen at one point stomping the security with another man. Two women enter the frame and are recording the incident on their cell phones. The rapper stomps on the bouncer again while another member of Blueface’s crew tries to lift the security, who is laying on the ground, up by his feet.

Towards the end of the clip, Blueface appears to be tapping the bouncer, presumably to check if he is conscious. The L.A.-bred artist then leaves the area where the fight took place.

The victim was reportedly rushed to the hospital and the outlet reports that the attack is currently under investigation as battery. The unidentified man was reportedly treated for bruises and received stitches.

Back in July, Blueface was involved in a fight as well, but it was a professional bout at the Bare Knuckle Fighting Championship 19 in Tampa, Fla. against TikTok star Kane Trujillo.

Check out the video footage from the incident below.

These Are the Best Alter Egos in Modern Rap 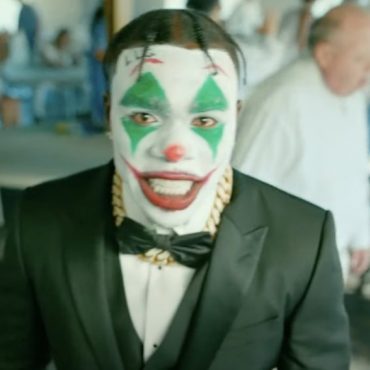 North Carolina rapper DaBaby and Lil Wayne are coming through with some unexpected visual fun. The hip-hop pair have followed their new "Lonely" single with a much-needed music video premiere. 234 Views The video starts off with DaBaby channeling his inner Joker. Things turn quick when he finds himself in a mental hospital where he runs into Weezy F. Baby. Things speed up with Wayne actually telling DaBaby what’s on […]