XXXTentacion and Lil Peep are being sued by a singer-songwriter who claims the two late artists copied his song for their 2018 posthumous joint song “Falling Down.”

According to documents obtained by XXL, Richard Jaden Hoff, formerly known as K.R.I.O., filed a copyright infringement lawsuit against the late rhymers, claiming that a guitar riff from his song “Under My Breath” was sampled by production team Invisible Men or IIVI (producers Jason Pebworth, George Astasio and Jon Shave) as well as Mike WiLL Made-It and John Cunningham, who are all named as producers on the track “Falling Down.” Cunningham is XXXTentacion’s longtime producer and friend.

Hoff claims that on June 13, 2018, he posted his song “Under My Breath” on SoundCloud and three months later, on Sept.19, 2018, “Falling Down” was released and the alleged sampled guitar riff was featured on the track. Hoff claims his guitar riff was sped up, filtered, looped and equalized, but the riff still sounds similar despite it being altered.

The lawsuit states that “Falling Down” was a commercial success garnering 21 million views on YouTube and 20 million plays on Spotify as well as a top 20 hit on the Billboard Hot 100 chart. The song also appeared on Lil Peep’s second studio album, Come Over When You’re Sober, Pt. 2. Additionally, the single also reached gold status in November of 2018.

Strangely, in the lawsuit, Hoff mentions XXXTentacion and Lil Peep as if they are still alive, claiming defendants are receiving royalties for the song without contacting him and stating they live in California. Interestingly, Hoff is not suing the rappers’ estates.

Hoff is seeking an injunction on the song and monetary damages for the infringement as permitted by law. He also wants the defendants to cover his legal fees. Richard Hoff is represented by W. Christian Krankemann of Krankemann Law offices.

XXL has reached out to Lil Peep’s team, XXXTentacion’s team and the attorney for Richard Hoff for comment.

Listen to Lil Peep and XXXTentacion’s “Falling Down” and K.R.I.O.’s “Under My Breath” below to compare them for yourself.

Check out the origin stories of names of some of the SoundCloud Era’s biggest rappers. 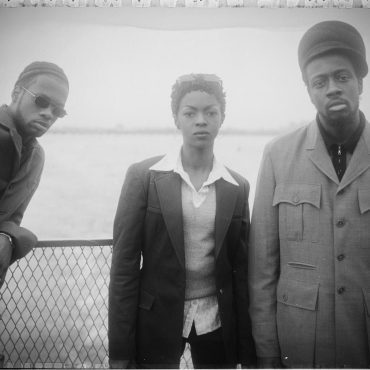 This is interesting. Fifteen years after their last performances together as a group, and roughly twenty-five years after the release of their second (and final) album, the Fugees — née, the collective of Lauryn Hill, Wyclef Jean, and Pras Michél — will reunite for a globe-trotting tour. Celebrating the silver anniversary of The Score, the Fugees will embark on a 12-city international tour beginning September 22, starting with an “intimate […]