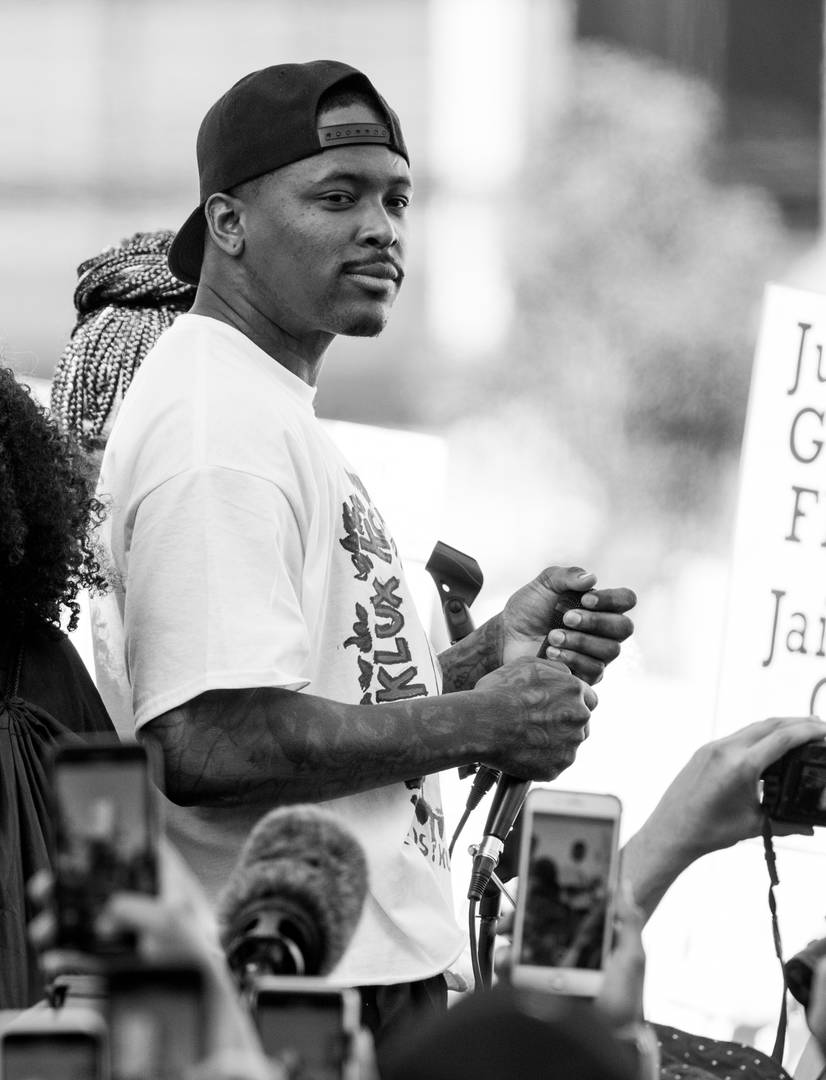 YG shared a story of the police visiting his home in the middle of the night with their guns drawn.

He wasn’t just on the frontlines of recent Black Lives Matter protests; YG was also out in the streets among the people filming a music video. The Los Angeles rapper hasn’t been shy about vocalizing his opinions regarding the current political climate and sitting United States President, and in a recent interview, YG opened up about a frightening interaction he had with police inside of his home.

YG spoke with The Morning Hustle and discussed an incident that he said occurred in the middle of the night. “Around the Grammys, the police raided my house while I was there with my family and my kids,” the rapper stated. “They came at like, four in the morning when everyone was still sleep.  They had the helicopter going around and everything so I hopped up to see what was going on. I open the door and boom, they draw down on me, which is normal, but my kids at the time were four-years-old and six-years-old at the time in the room with their mom.”

“I tell them that my kids are up there and they still go up there with their guns drawn and putting these big AKs in my kids’ face yelling and telling them to get on the ground,” YG added. “Now at this point, I get mad and start wildin’ because they had me f*cked up for going after my kids.” Thankfully, the event ended without further incident but he’s not surprised that he’s continued to be a target.

”As far as the police, I am not worried about them. It’s just a part of the game when you choose certain lifestyles you know the police are going to f*ck with you.” Watch YG share his story below.

NLE Choppa Preps Major Label Debut With Lil Baby-Assisted Single 'Narrow Road' | HipHopDX Subscribe Subscribe To DX Newsletter Get the most important stories in Hip Hopstraight to your inbox Thank You! Thank You! Thank You!You’re Far Too Kind To complete the subscription process, pleaseclick the link in the email we just sent you. Joining Newsletter Source link